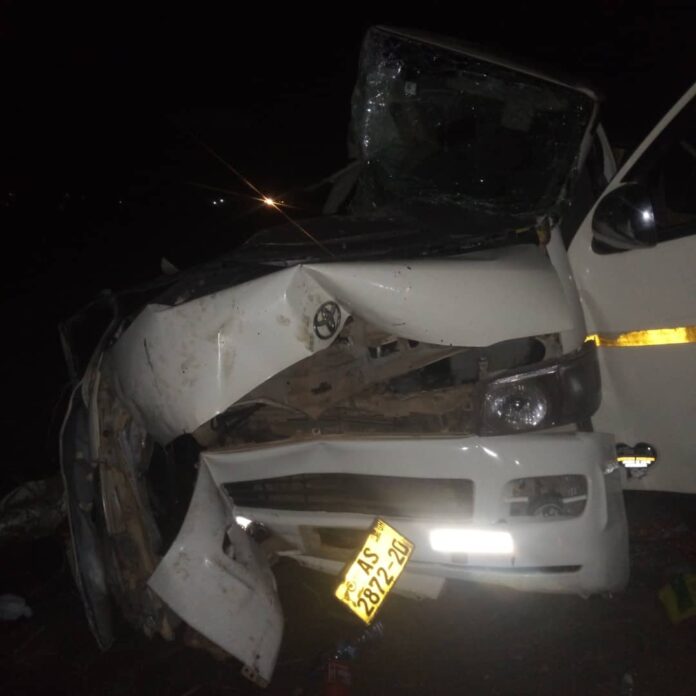 11 people were killed Tuesday night in an accident on the Tamale-Buipe Highway, the Ghana Police Service in the Northern Region has confirmed.

According to a police statement the driver of the truck loaded with sand traveling from Yapei to Tamale collided head-on with the Toyota minibus which veered off its lane on the section of the road at Alipe near Yapei.

“Eleven persons comprising nine male adults, one female and one female child including the driver of the minibus died on the spot and five persons sustained injuries”, the statement said.

The injured were rushed to the Yapei Health Center and later referred to the Tamale Teaching Hospital for further treatment.