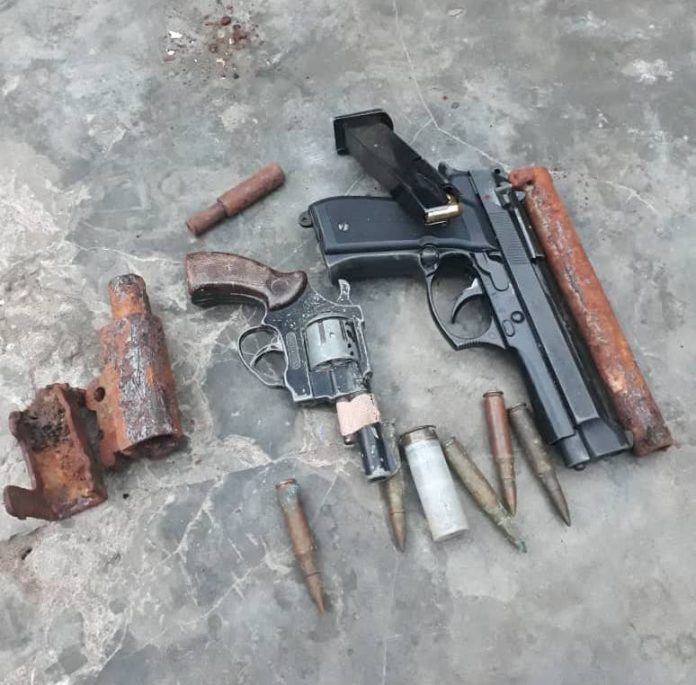 A heavily armed police and military contingent has descended on the Bono East region town of Yeji in an operation to rid the area of criminals.

The team comprising 50 officers and men from 3BN and six police officers – all from Sunyani launched the swoop in areas across Yeji which has gained notoriety for violent crimes in recent times.

Items retrieved from the suspects included; pistols, 35 rounds of ammunition, dismantled shotguns and dried leaves suspected to be Indian hemp.

Four suspects who were in possession of these sophisticated weapons were sent to the Bono East Regional Police Headquarters for interrogation.

They have been identified as Sumaila Ibrahim, Yakubu Ashadu, Tahiru Abdul Wahab and Joseph Larry.

Meanwhile, the 12 other suspects have been detained at the Yeji District Police Headquarters for screening.

Police pick up three over death of Otumfuo’s sub-chief