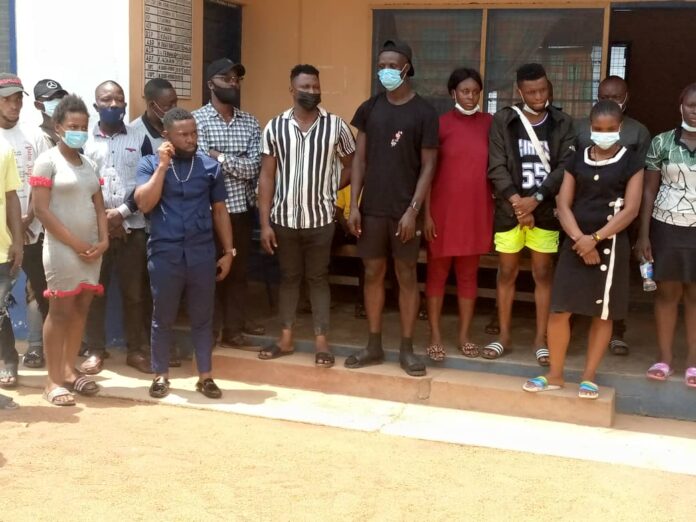 A special operation by a joint security forces have led to the arrest of 19 suspected Nigerian nationals who attempted to enter Ghana through an unapproved route.

This was contained in a statement issued by the Ghana Police Service.

The Operation Motherland team, comprising the police, military and immigration officers arrested the ECOWAS nationals at Akuse, a community in the Eastern Region.

They were onboard a VW craftwer bus with registration number GR 1344 – 21 which was driven by suspect Mawuli Katasi 32.

The statement issued by the Police Affairs Unit of the Eastern Regional Police Command said the suspects confirmed their identities as such and were travelling from Aflao in the Volta Region to Ada in Accra.

The suspects have since been handed over to the Ghana Immigration Service for further action.

Ghanaian authorities are on high alert after over 1,800 prisoners escaped from lawful custody in Nigeria.

At least nine of the fugitives have been arrested in Ghana following the development.