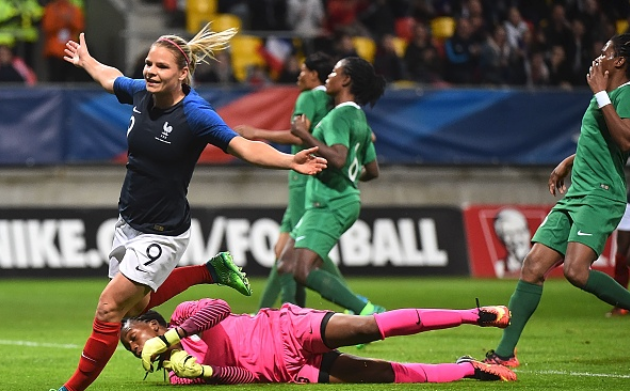 The FIFA Women’s World Cup commences on Friday, with Nigeria taking in its first game a day later.

It’s 2019 — not 1991 or 1995 — and Nigeria aren’t the only African nation at the event, but much of the talk regarding the continent’s chances of success revolves around the Super Falcons.

With 11 Africa Women Cup of Nations titles, nine more than the next team on the winners’ list, the reigning champions represent Africa’s best bet at the upcoming World Cup – and the worst, too.

See, Nigeria is a microcosm of the state of African women’s football: promising, but ultimately unfulfilled. Dominant at home, the Falcons’ history of underwhelming at the World Cup earns them quite a few unwanted records: an all-time high 16 matches lost and 56 goals conceded. Nigeria’s best showing came two decades ago when the ladies reached the quarter-finals in Canada, the only time the West Africans made it past the first round; overall, they’ve only won as many games (3) as those drawn.

Statistically, no team has embarrassed Africa itself on the biggest stage as much as Nigeria has, and the country’s status as the confederation’s best makes that fact sting even more. Usually, the Falcons ought to do little more than simply show up at the African championship to win it; at the 2018 edition, it certainly proved so.

Nigeria had not played a single game during the preceding year, in the aftermath of capturing their previous African crown. Within a few months, however, following the appointment of Swede Thomas Dennerby as head coach and involvement in a handful of international games, the Falcons turned up and strode to glory, albeit struggling a bit at the beginning and at the end.

Between then and now, Nigeria has again proven the giant enigma it is when up against the rest of the world, alternating wins and losses. Even in that period of fluctuating fortunes, the team managed to register a couple of peaks: a record victory (15-0 over neighbors Niger) en route to securing another African title, the WAFU Cup.

Still, for a team that got thrashed 8-0 by France — its joint heaviest defeat – only last year, Nigeria’s struggles remain exposed. The gulf in class that separates them from the best in the realm is so wide that individual talent — even those of Barcelona forward Asisat Oshoala — cannot make up the deficit. The Falcons have the pride of being one of seven sides that have been to every Women’s World Cup, but theirs is another distinction, albeit rather unenviable: all other members of that exclusive club have either won the title or finished runner-up.

Nigeria couldn’t be farther from such feats, and not even with Dennerby (Sweden’s bronze-winning manager at the 2011 edition) at the helm could they get any closer to the podium, given how tough the field is.

Worry not, though; even if the latest global mission turns out no better than previous outings, Nigeria would be back in Africa, bossing it at the next AWCON – oh, won’t they?