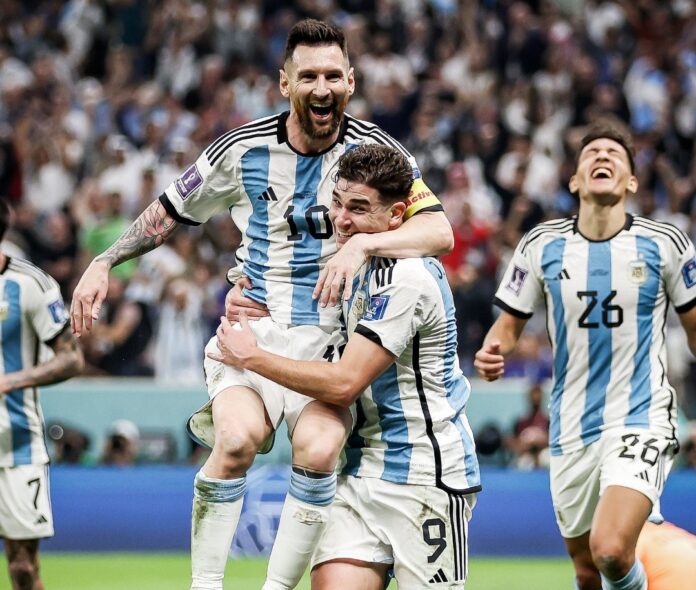 La Albiceleste of Argentina thrashed the Blazers of Croatia on Tuesday night at the ongoing 2022 FIFA World Cup tournament in Qatar.

Lionel Messi and Julian Alvarez fired Argentina to a place in the World Cup final with a dominant 3-0 semifinal win over Croatia at Lusail Stadium.

Croatia, aiming to reach back-to-back finals after their 2018 heroics, were the better side during a cagey opening half-hour but Dominik Livakovic brought down Alvarez as the Manchester City striker lifted the ball over him.

Livakovic was his country’s hero in the shootout wins over Japan and Brazil but he was left with no chance as Messi thumped his penalty into the top right corner to join Kylian Mbappe at the top of the Golden Boot race.

Alvarez then tenaciously bundled his way through a scattered Croatia defence on the counter-attack to double the lead and the two goalscorers combined delightfully in the 69th minute — Messi tormenting Josko Gvardiol with a mesmerising dribble before teeing up Alvarez for his fourth of the tournament.

Messi himself has five and is now Argentina’s all-time leading World Cup goalscorer having overhauled Gabriel Batistuta. He will now get one last chance to match fellow great Diego Maradona and lift the famous gold trophy.