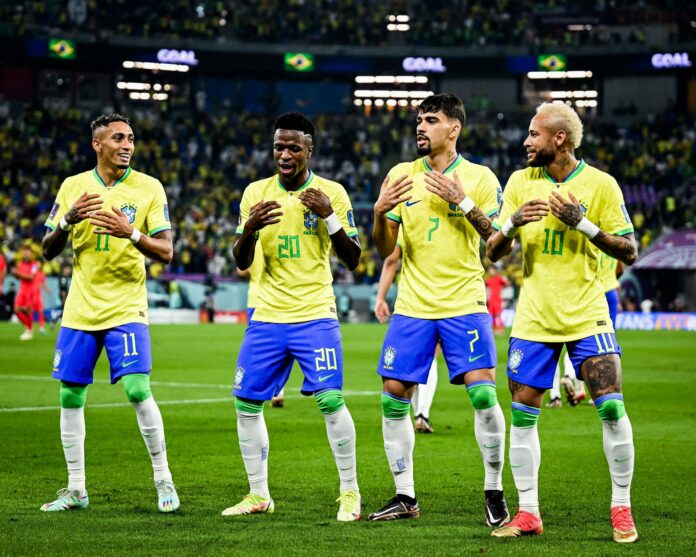 Five-time World Cup winners, the Samba Boys of Brazil thrashed the Taegeuk Warriors of South Korea on Monday night in the round of 16 stages of the 2022 FIFA World Cup tournament in Qatar.

Brazil made a huge statement in their quest for a sixth World Cup win with an artful 4-1 demolition of South Korea in the last 16.

The Selecao are chasing a first win since Ronaldo, Rivaldo and Ronaldinho swept to glory in 2002 and their first-half display at Stadium 974 was worthy of being a part of that lineage.

Pele, who posted a message of support from his Twitter account saying he would watch on from his hospital bed, might also have recognised something in the wonderful verve of Brazil’s play form the moment Vinicius coolly found a seventh-minute opener.

Neymar was back from his ankle injury and converted a 13th-minute penalty, while Richarlison and Lucas Paqueta also got in on the act before halftime.

Paik Seung-ho ensured the spectacular goals were not limited to Brazil, but this was still a performance to strike fear into quarterfinal opponents Croatia and the rest of the teams remaining in Qatar.