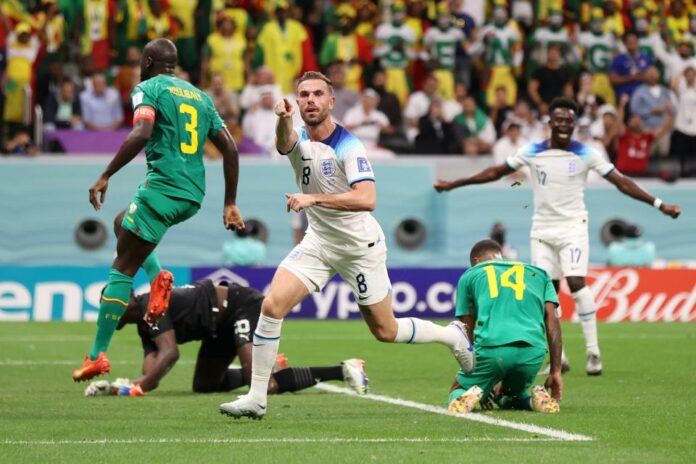 The Three Lions of England sent the Lions of Teranga from Senegal back to the Zoo in Dakar for exhibition with a comprehensive win to set up a juicy quarter-final clash against Les Bleus of France on Saturday night in Qatar.

The 2020 Euro finalist booked a place in the quarterfinals of the 2022 World Cup and a meeting with world champions France thanks to three superb goals that saw off Senegal.

Jordan Henderson’s opener, where he converted a Jude Bellingham cross, set England on their way after a tricky spell during which Ismaila Sarr missed a glorious chance from close range.

Harry Kane followed that up with fierce shot before half-time that saw England’s skipper, and the 2018 Golden Boot winner, get off the mark in Qatar.

Another slick move led to the third, with Phil Foden looking up from the left flank to pick out Bukayo Saka inside the area to make it 3-0.

England were comfortable once Henderson’s goal had settled them down, and now Gareth Southgate’s men head into the last eight as top scorers for the tournament with a mouth-watering clash ahead of them.