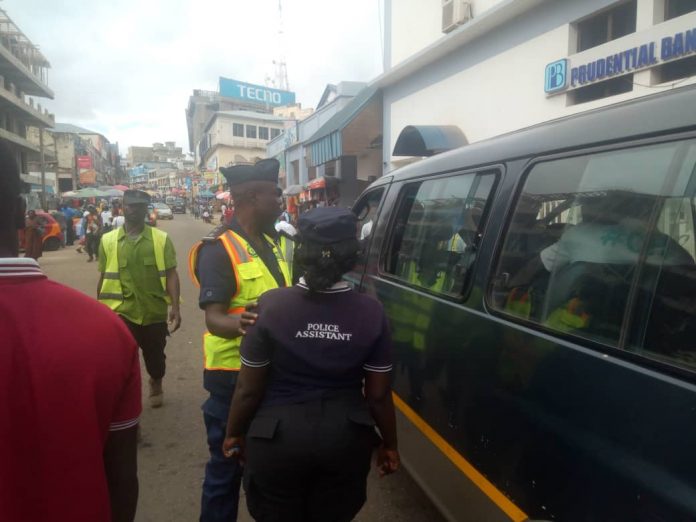 Ashanti Region, Ghana’s third largest, has seen a total of 1,921 road accidents, including 240 deaths, in the first six months of 2019.

The Ghana Police Service says 2, 309 injuries were also recorded within the same period.

“From these figures, we deduce that our region records about 10 accidents each day and about 11 injuries every day, and the shocking one is that we lose two persons every day in the region”, Deputy Ashanti Regional Police Commander, ACP David Agyemang Adjem said.

At a press conference in Kumasi on Thursday, August 15, 2019, to announce the start of the command’s ‘Operation to reduce road traffic accidents and operation to make passengers comfortable on public transport’, ACP Adjem said the figures were too high, noting that measures had to be put in place to curb the trend, hence the exercise.

“We cannot do without public transport, but then, if people are dying, and as police, our mandate is to protect lives and property, then it behoves us to ensure that these numbers are reduced,” ACP Adjem stated.

Two hundred and eighty-six people died from January to September 2018, up from 229 over the same period in 2017.

Thirty-nine of the cars were impounded at Adum, 59 at Suame, and 30 at Asokwa.

Superintendent Emmanuel Adu Boahen, the Regional Motor Transport and Traffic Directorate (MTTD) Commander said the offences of the drivers were “taking a greater number of passengers than what they were supposed to, and failing to provide proper sitting accommodation”.

“…But notwithstanding these things (offences), we also have to look at other issues, whether the driver who was driving the vehicle at that point in time was even a licensed driver; if he’s a licensed driver, whether he is permitted to drive that particular vehicle and any other related offences that we can find on the vehicle,” he added.

Mr Boahen said some of the drivers alleged after their cars were impounded, that they had legal backing to carry 15 rather than 12 passengers.

He said the allegation will be properly investigated, adding that if they are found culpable, they will be arraigned for prosecution.

He said the exercise was going to be sustained to clamp down on recalcitrant drivers.