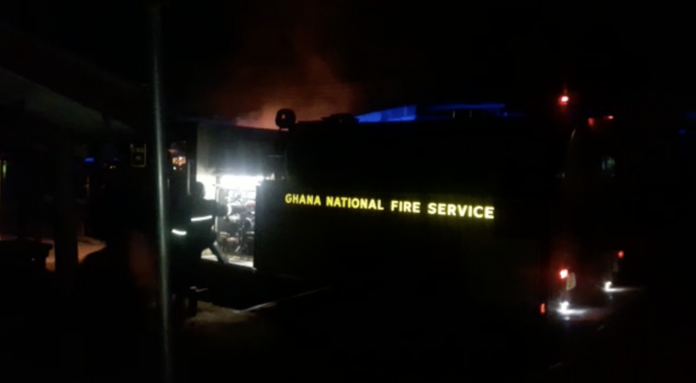 A blazing fire has destroyed a number of shops at Pankrono Estate in the Tafo-Pankrono Municipality.

The Wednesday night fire was the first to be recorded after a similar incident ravaged a number of shops at the Asafo and Kumasi Central Markets.

“About three fire tenders were spotted at the scene when I visited”, an eyewitness, Kwame Gyamfi narrated to Dailymailgh.com.

Some affected shop owners were also at the scene at the time our reporter visited.

Officials of the Ghana National Fire Service who were at the scene declined to give any comments over the development.

It is not immediately known what caused the fire.