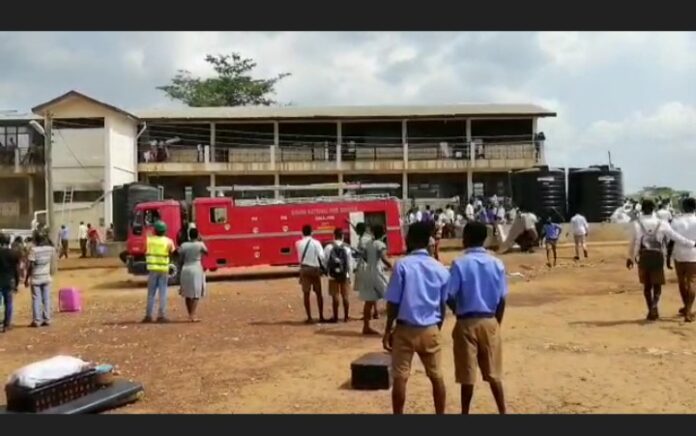 At least 100 female boarding students of the Nsutaman Catholic Senior High School have been evacuated after fire engulfed portions of their dormitories.

Firefighters were involved in tackling the blaze at the school located at Nsuta in the Sekyere Central District of the Ashanti Region, about 62.5km from the capital Kumasi.

It is the second outbreak in less than 24 hours at the same spot as authorities say the students were all “safe and well” and had been moved to separate locations in the school.

The fire, which broke out just after 8:00 a.m., Tuesday is being contained by the fire crews, properties belonging to affected students have been badly damaged.

There are fears the situation could disrupt academic work as the emergency service battle the blaze amid heavy rainstorm.