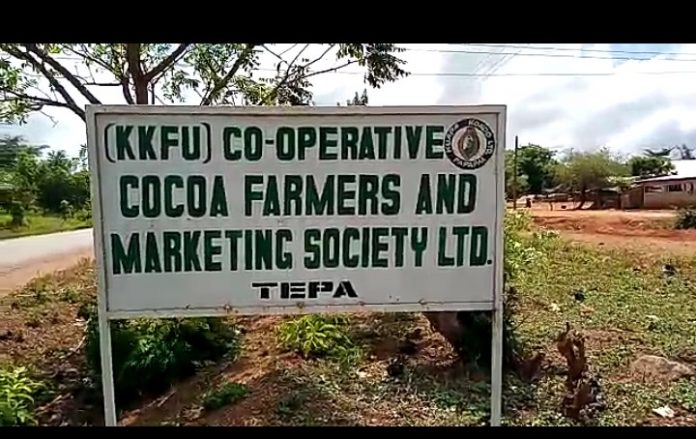 Management of Kuapa Kokoo has condemned the gruesome murder of its Tepa District Manager, Robert Agyekum.

He was shot and killed by unknown assailants on Thursday, October 31, 2019.

Amidst firing of gunshots, two out of the four armed men reportedly went to the office of the deceased who was issuing cheques to purchasing clerks at the depot.

Alarmed by their actions, the victim who wanted to inquire about what was happening was shot at close range by the gun-wielding men, killing him instantly.

Though no amount of money was stolen, the company says it has reported the matter to the police at the Tepa District Command.

“Management of Kuapa Kokoo Limited would also like to urge the District Police Command to expedite actions on its investigations and bring the assailants to book to face the full rigours of the law”, a statement signed by Managing Director of the Company, Samuel Adimado stated.

“Management of Kuapa Kokoo Ghana Limited would like to commiserate with the bereaved family and to urge the public to remain calm as it is leaving no stone unturned to seek justice for Mr Agyekum”, parts of the statement noted, while describing the deceased as diligent.

In November 2018, the deceased suffered a similar attack at the office after he returned from the bank to his office.

The Ghana News Agency reported that the armed gang scared the victim with gunshot to compel him to surrender some amounts of money to them.

No arrests have been made in both cases.