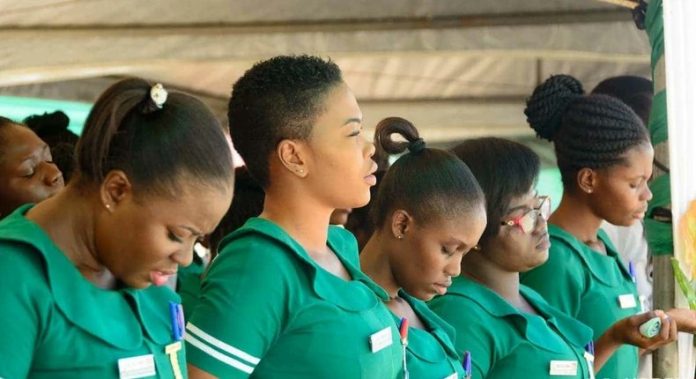 Prof. Baffour Agyeman-Duah, a former Senior Governance Adviser at the United Nations has asked Ghana government to scrab the payment of nurses and teacher training allowances.

According to him the current economic conditions does not allow for the continuous payments of such allowances.

Speaking in an interview on Accra based Starr FM, he said the move is just for political expediency and it’s not sustainable.

“It was scrapped and introduced again so I think now it has to be scrapped. Yes, it was a political promise and now we can’t sustain it financially. As we are spanning nurses education it means the financial support will have to be widened,” he stated.

Mr. Agyeman-Duah asked if the government will want to continue paying nurses and teacher allowance “where will he get the money from?”

Recently, the government announced that it is going to review some of its flagship programs as part of austerity measures.

The Minister of Information, Kojo Oppong-Nkrumah in an interview on Accra-based Citi FM is quoted to have said no program will be left out of the review when the government held a crunch cabinet meeting at Peduase Lodge to proffer solutions to the economic hardships in the country.

“However, he wants it done within the constraints of item number 2 which is the fiscal framework we are working with. If based on the caps that we are working with we will have to rescope a particular flagship program, we will do it and see how much we can achieve.”