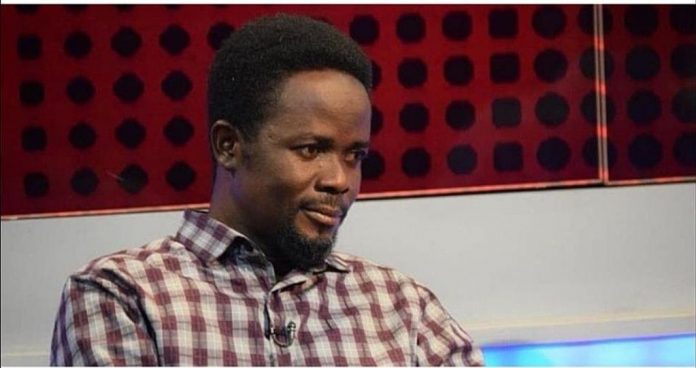 Growing up on a rich diet of football journalism served across a range of platforms in the early noughties, I couldn’t help but admire Dan Kwaku Yeboah.

He’d mastered his trade, refining it by rubbing shoulders with the likes of Kofi Asare Brako at Peace FM. And even after he morphed into another role — that of a self-styled anti-corruption lord — I still retained some admiration for him, although I didn’t always agree with his method of operating a smear campaign — with little proof — against top football people.

Eventually, Yeboah was proven right, though he’d be a bit of a thief if he claimed any credit for it, given it was wholly the work of celebrated undercover reporter Anas Aremeyaw Anas last year that dug out the ugly, startling evils plaguing Ghanaian football. Somehow, though, Yeboah ended up a big beneficiary of Anas’ ‘Number 12’, securing an appointment as the spokesperson for the Normalization Committee mandated to restore soundness to the stricken state of our game.

It was a gig he’d probably always been angling for, having previously taken repeated digs at Ibrahim Saanie Daara, Communications Director of the erstwhile Ghana Football Association regime. Here was Yeboah’s big chance to prove he was actually capable of better, perhaps auditioning for the substantive job itself when the GFA resumed normal service later this year.

Thus far, Yeboah has failed, starting fires where he should be putting them out and breaking connections where he should be building them. Lawyer Kofi Dua Adonteng, one of the four original members of the NC, was widely criticized over a perceived arrogant posturing that apparently rendered him a handicap and may have inspired his replacement earlier this year. But maybe Adonteng wasn’t the only one who should have walked; Yeboah, if nobody else, ought to have gone as well.

Since assuming office, the ace journalist has tumbled from one PR gaffe to another and already boasts a catalogue to shame Daara. Even worse, he doesn’t seem to realize – much less acknowledge – his failings.

Yeboah’s infamous announcement of a cancellation of the NC’s Special Competition betrayed insufficient emotional intelligence, never mind basic grammatical errors. That statement — still on the FA’s website, rather shamefully – drew a fight from the powerful clique of Premier League clubs it ‘shaded’, further worsening an already intense impasse that, thankfully, has since been resolved.

Yeboah, though, hasn’t learned. If he has, well, his grasp of those lessons reflected poorly in recent remarks on Asempa FM/Adom TV.

Yes, sad how, when it was Yeboah hurling the criticism, he wasn’t doing so at the behest of a paymaster. Now roles are switched, though, he offers a contrasting script for the public to read from. It’s no longer just incompetence, people; it’s plain hypocrisy and possibly worse.

If Yeboah is, indeed, the link between the NC and the rest of the world — which, of course, he is — he’s painfully weak. And, really, who needs a weak link for a task so delicate?

‘Sulley Muntari is not a Black Stars material, we need serious...