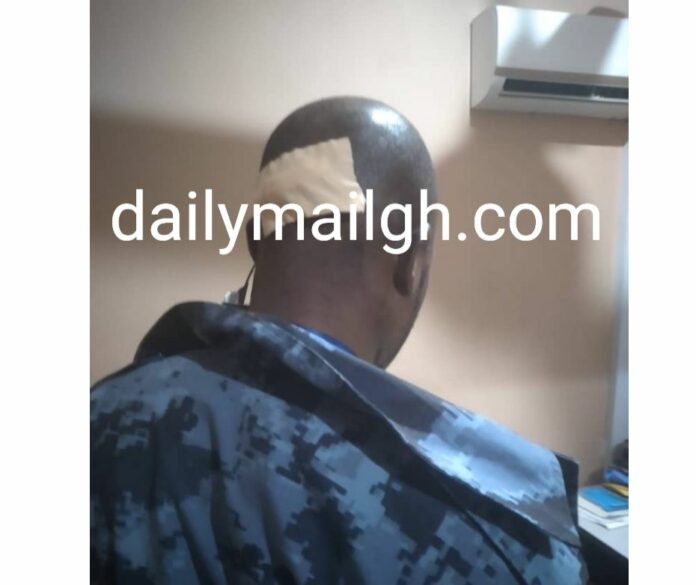 Two persons are said to be in critical condition following a confrontation between armed policemen at Adwumakase Kese, a semi-urban community in the Afigya Kwabre South District of the Ashanti Region Thursday.

The victims are receiving treatment at the Komfo Anokye Teaching Hospital after they were hit by bullets while attempting to seize a service rifle belonging to one of the officers at the scene close to a palace.

A third person who suffered a minor injury was later discharged after receiving treatment at a health facility.

The police had attempted to rescue a linguist from Bomfa, another adjoining town who was allegedly under attack by some angry youth from Adwumakase.

The victim, Nana Yaw Acheampong reportedly led the team to arrest one of the suspects sparking outrage among the youth who destroyed the windscreen of a service vehicle and injured an officer in an attempt to free the suspect.

“The youth of Adwumakase Kese upon hearing the suspect’s arrest suddenly organised and attacked the police, removed the suspect who was in handcuffs and slashed the windscreen of the service vehicle”, witnesses say.

The officer who was seated in the service vehicle together with the suspect, was also attacked and was slashed with a shovel on the back of his neck”, another said.

Though the police is yet to give any comment the development is said to have been linked to a boundary dispute.