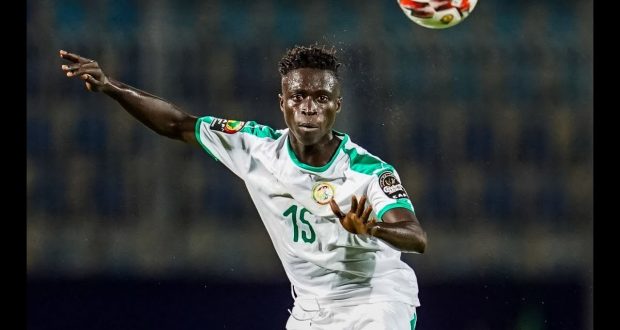 From all of 20 yards, it was a thing of beauty.

The 2019 Africa Cup of Nations was only three days old, and Mahmoud ‘Trezeguet’ Hassan’s opening-day winner for Egypt was great, but this one-time, edge-of-the-box volley whipped in cleanly by Krepin Diatta took the cake — at least until the Malians stole the show a day later.

Yet, as he skipped off celebrating his first international goal in only four appearances, something else about Diatta caught the attention of some viewers: his looks.

Before long, social media was awash with memes that ridiculed the young man’s supposedly less-than-okay appearance. Then came a disgusting remark by a female African ‘model’ that likened Diatta to a ‘frog’ — one she wouldn’t marry even for ’50 million dollars’.

“l am very sad to see some African brothers making fun of me,” Diatta is quoted as saying.

“I work for our beautiful and dear African continent and what I receive in return are only insults, mockery of my brothers.

“This is too bad of you and racism comes from there.”

It was a response that dripped with maturity and evoked sympathy. However, its last line shone the light on an ugly African mindset that has been allowed to fester over the years while the West is regularly slammed for breeding racism in football and doing little to curb the canker.

For most footballers from these parts — even the biggest of them — the Nations Cup is the warmest of platforms, if not exactly the grandest. It is here, after all, that they find themselves surrounded wholly by kindred and are shielded from an external world that can be very cold and harsh sometimes. Here, they are happiest; here, they are proudest.

Thanks to social media and the power it wields in blurring the boundaries of decency and humanity, though, the Afcon’s warmth is being eroded. For years, Burkinabe journeyman Aristide Bance was the butt of many a joke at the showpiece for not meeting the widely accepted ‘standard’ of attractiveness, almost becoming something of an Afcon legend — albeit for all the wrong reasons. This time, in Bance’s absence, it is Diatta’s turn to deal with all the abuse from those he calls his own.

The only difference is — and it is no difference, really, when you think of it – while veteran Bance has been around for so long that trolls probably won’t get to him, Diatta is only 20 and has the world at his feet. Two years ago, he was named by CAF among Africa’s three young players of eminence and has even courted serious interest from Manchester United in the past. From his current base in Belgium with Club Brugge, Diatta is tipped to reach the very top.

So get used to him, people. And while at it, do spare him (and others who don’t look ‘right’) the maltreatment that makes representing his country — and his continent — a less delightful experience than it really should be.