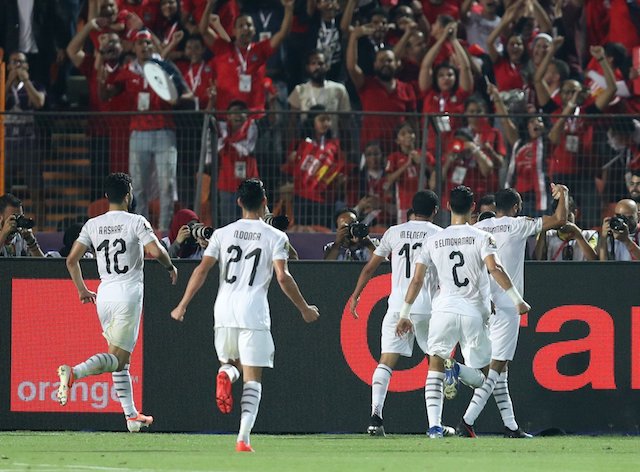 In Group B of the Africa Cup of Nations, debutants Madagascar on Sunday shocked everyone to finish on top of Group B with seven points after a convincing 2-0 victory over Nigeria who took the second spot.

Madagascar made history as they topped Group B by seven points to book their place in the 2019 AFCON round of sixteen in their first attempt. Nomenhajary and Carolus were on target in the 13th and 53rd minute respectively as the Islanders brushed aside the Super Eagles of Nigeria by two goals to nothing.

Guinea showed class as they comdemned Burundi to their third defeat in a row through a Yattara brace.

In Group A, Egypt made it three wins from three games as they whipped the Cranes of Uganda by two goals to nil. African player of the year Mohammed Salah shot the Pharaohs ahead with a fabulous free-kick in the 36th minute before El Mohamady made it 2-0 in the 45th minute.

Elsewhere in Group D, Namibia will sort it out with Ivory Coast  whereas leaders Morocco entertain South Africa in a fierce battle.