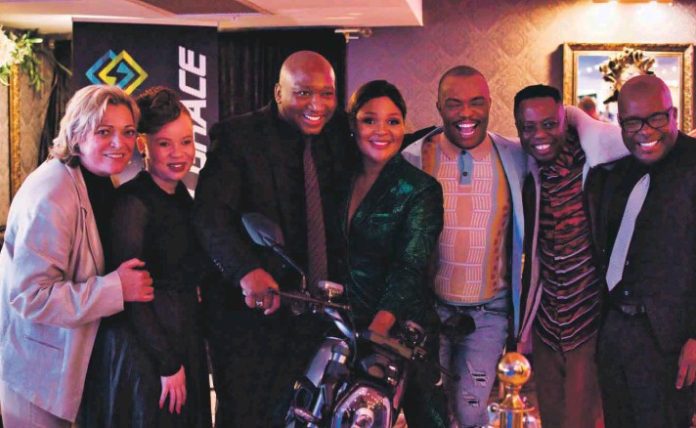 Agilitee, the market leader in electric vehicles and the green tech giant, today announced the appointment of AcaciaCap Advisors a Johannesburg Stock Exchange approved sponsor for Main Board companies which also acts as a Designated Advisor for the AltX listed companies, this is done as Agilitee is starting a process of going public on the Johannesburg Stock Exchange through an Initial Public Offering. With the IPO of its entire business, Agilitee intends to raise a total of $2 billion equity capital and this will be conducted through a global capital raising roadshow.

As part of the IPO Agilitee is also conducting an early bird capital raising through a private placement where high net worth individuals and other qualified investors can inject a minimum of $65,000 into Agilitee and this is done while the advisors are busy with the prospectus. A new audit group that is also Johannesburg Exchange Approved auditor has been brought in and the official engagement will be announced soon.

Agilitee has also completed the reorganization of its business, the corporate action was aimed at taking Agilitee from being a regional player to a global player in the field.  The same has led to the founder of the company resigning as the CEO of Agilitee Africa at the end of May 2022, whereas the COO of Agilitee Africa moved up to being the CEO of Agilitee Africa. Agilitee has now formed regional structures under it, Agilitee Africa being the first one and it covers the entire continent of Africa, the company has also formed Agilitee Americas which also covers the whole of North America, Agilitee Asia also covering the whole of Asia. The company is in the process of forming Agilitee Europe, Agilitee UK, Agilitee UAE and Agilitee South America in the next 12 months. Dr Mandla Lamba who is the founder of Agilitee is now serving as the Founder & CEO of the global structure which is Agilitee (Pty) Ltd (the listing entity). New other appointments have also been completed and principal among those is the appointment of a former CFO of a Johannesburg Stock Exchange listed Tech Group, which announcement will be made in a week. This is followed by a new HR Director, Ms, Masego Motloba who has over 21 years HR experience and over 10 years’ experience at managerial and leadership level, the company has also appointed Mr Nkululeko Magwaza who is one of the founding employees of Agilitee as the new head of Inventory.

With this IPO Agilitee is also seeking to raise a total of $2 billion in equity capital by selling 10% of the business to new investors, this capital raising will commence as soon as the prospectus is completed by Agilitee’s newly appointed JSE approved Sponsor, AcaiaCap Advisors. Agilitee will also be giving away another 10% which is $2 billion worth of its shares to the poor across the continent of Africa, this is aimed at empowering the less fortunate and ensuring that Agilitee fulfils its Godly given mandate of poverty alleviation in Africa. Agilitee will be setting precedence in this as this will be the first time in the history of IPOs this has ever been done. Agilitee is intentional on creating thousands of millionaires and billionaires in Africa and chief mong such will be Agilitee Africa CEO Mrs Bonisile Roberts who owns 2,5% of Agilitee that is putting her net worth a little over one billion dollars. Agilitee is Pro-Women and is leading the charge in bridging of the gender disparity gap.

On ACACIACAP Appointment and the IPO

“I am excited by the appointment of AcaciaCap Advisors,” stated Dr. Lamba. This is the testament of the emergence of the New Africa, the ERA of just a hopeful Africa is gone as Africa is entering the world of the promise of God. This IPO is the final leg of every promise that Agilitee made when Agilitee was formed and it will usher the continent to the forefront of the global green revolution. I have worked with Acaicap for a while as they have advised my other company on a number of investments that were successfully concluded on the Johannesburg Stock Exchange.

I am glad they took up the challenge again when we showed up with Agilitee and said to them, please take us public through an IPO. Ever since their appointment, I have been going to bed with smile on my face knowing that finally we are going to restore the African dignity through this IPO. In 2019 I formed Verityhurst Academy that educates people and train them real time on how to trade and invest on the Johannesburg Stock Exchange while using their own banks as brokers, we managed to train over 25000 students across Africa between 2019 and 2021. This we did because the scales of economy are not balanced in South Agjfrica, the JSE has existed for over 134 years but still today the majority of our people don’t benefit from it and yet it benefits from each and everyone of them. Last year we suffered attacks from monopolists who have influence on some rogue units within the South African regulatory regime to intimidate us and told us to stop bringing crowds to the JSE and I personally told them to find long ropes and hang themselves. So this IPO is bringing the poor to the JSE through the free shares we will donate, and making them part of a JSE that has not transformed for 134 years, even in 2022 98% of the people who benefit from it are the same structures who benefited from the day the JSE was formed, but I am glad that this is changing now.

On re-oganization and Going Global

We had to reorganize our business because we have just grown so much that our products are in demand globally, as we speak we care concluding transactions in Europe, Australia, Asia and the UK which lead to Agilitee being operational in all this markets. We have recently set up in the US which serves as our second global headquarters. We are looking forward to serve humanity and play our part in ushering everyone to the New World.

The Company has transformed the continent into a clean energy driver that is helping Africa to compete globally in carbon reduction, expedition of artificial intelligence and the transition into the green revolution. The Agilitee team is pioneering, researching, importing, assembling, manufacturing, and franchising electric vehicles technology. The Electric Vehicle solutions include, ecosystems, infotainment, battery swapping stations and solar charging facilities, across Africa.

Airport in Cape Coast is a bad idea – Imani boss