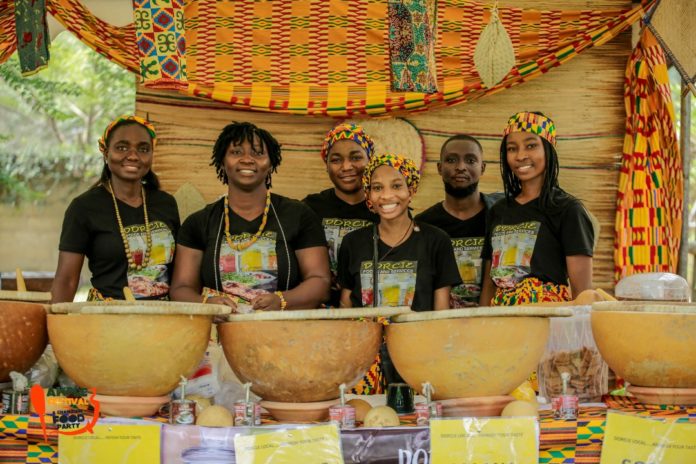 The first ever Akple Festival – a food festival that promotes the nations staple food “Akple” was held in Accra on March 6, 2020, with over 1500 patrons.

Despite being the maiden edition, the festival held at Mmofra Place in Dzorwulu attracted y attracted huge attendance as patron enjoyed the popular akple with different soups amid fun and entertainment.

Organisers of the event “BrandWithEchiri” – a Brand and Events Management outfit in an interview with the GNA Entertainment said the fesival had come to stay and would be a permanent feature on the calander of major events in Ghana.

Mr. Ebenezer Echiri Mensah – Chief Executive of BrandWithEchiri said, the event was part of activities to commemorate the Ghana’s 63rd Independence Day and to celebrate local Ghanaian dishes which appear to be gradually fading from the list of menu among urban Ghanaians.

He said the event witnessed a display and sale of Ghanaian dishes from 18 food vendors alongside the sale of authentic Ghanaian products and was confident that the next edition would be bigger and better.

Among the food on display included Akpele, Banku, Kokonte, TuoZafi and complemented by different soups with local Ghanaian beverages such as Pito, Sobolo, Palm Wine and other fruit drinks on sale.

The event also received partnership from giants such as Club Beer, Black Label and Fruit Juice who also mounted stands to offer participants with lot to drink

Over 1,500 individuals graced the event to the amazement of the organizers who described it as”mind blowing and beyond expectation for a maiden event”.

Vendors at the event expressed joy and gratitude for the opportunity having made some good sales.

The event was climaxed with a special Akpele eating competition and a Borborbor cultural performance.

My hubby is one of a kind—Obaapa Christy