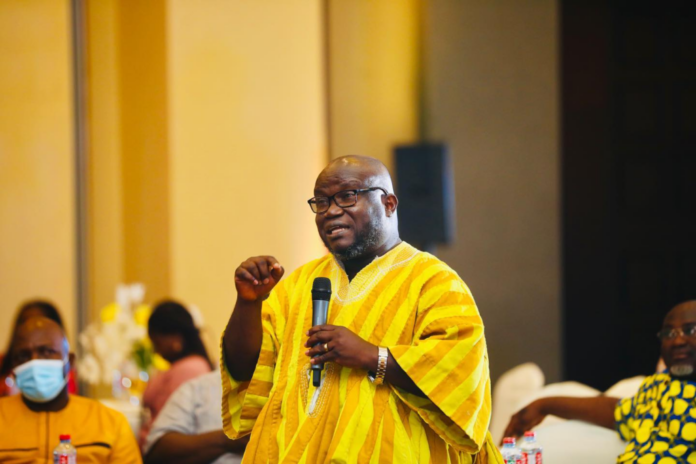 The convener of the Media Coalition Against Illegal Mining, says he is disappointed with President Akufo-Addo’s defence of Akonta Mining over its alleged involvement in illegal mining activities in the country.

Dr Kenneth Ashigbey said the comment by the President is worrying and could hinder ongoing investigations into the company’s operations.

According to him, state institutions mandated to supervise mining activities in the country have already confirmed the company’s involvement in the act – hence the President’s defence is untenable.

The Chief Executive Officer (CEO) of the Ghana Chamber of Telecommunications thus quizzed President Akufo-Addo if the mining firm was not in the nation’s forest reserves last year.

“Some media works had been done and some reportage in the media revealed the clashes between workers of Akonta Mining and residents of the Samreboi community where the residents prevented the miners from mining in the Tano Nimiri Forest Reserve.

“The President may be right when he says Akonta Mining is not engaged in illegal mining activities as we speak, it may be because maybe Akonta Mining has left the forest reserve but the question we must be asking is, was the firm not in the forest sometime last year?”

President Akufo-Addo speaking at the 28th National and 16th Biennial Congress of the National Union of Ghana Catholic Diocesan Priests Association in Koforidua cleared the mining firm of any wrongdoing.

According to the President, the firm is not engaged in any illegality presently.

“I want to assure you all that Akonta Mining is not engaged in any form of illegal mining anywhere in Ghana as we speak,” President Akufo-Addo stated.

This has generated widespread criticism for the President.

Some Ghanaians have already said the President’s defence could temper with investigations into the company’s activities.