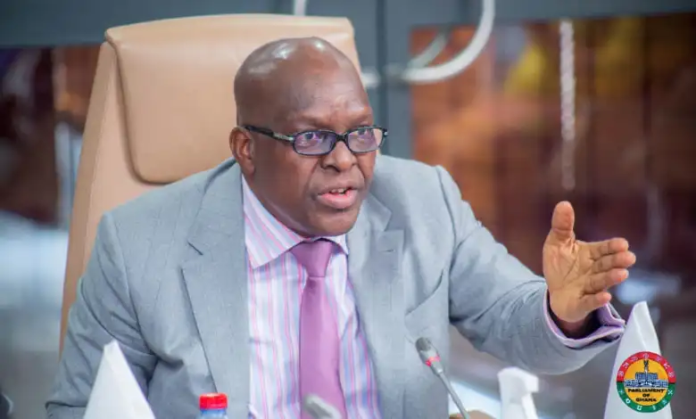 According to him, he has resisted the temptation of commenting on the judgment of the Supreme Court on the issue “But the unfortunate and myopic comment of the President has compelled me to let it out.”

“The SC decision, is to say the least, not only an absurdity but a reckless incursion into the remit of Parliament. The trend of unanimity is equally troubling. It doesn’t help explore and expand our legal jurisprudence,” he added.

Mr. Bagbin also noted the President should know that the issue is not about which organ is above the law and who is not, rather the question of political doctrine.

“The President’s comment is myopic and unfortunate. It only goes to worsen the schism between the Executive and Parliament. The impartiality of the Speaker, Deputy Speaker or Presiding Officer has been pressured and fought for by this country throughout our democratic development.

Speaker Bagbin further advised the Plaintiff to go for a review.

President Akufo-Addo has said Parliament is not above the law.

He made these remarks when commenting on the Supreme Court ruling that whether the Deputy Speakers can vote and be part of the quorum for decision-making whiles presiding over affairs in Parliament.

The apex court on Wednesday 9th March 2022 ruled that the Deputy Speaker when presiding can exercise a vote contrary to Standing Order 13 of Parliament.

The panel chaired by Justice Jones Dotse also said the approval of the budget was valid.

Reacting to the ruling, President Akufo-Addo indicated that there is difficulty in understanding what the Constitution explains on the matter.

“All organs of the state including me as the head of the executive, are subject to the constitution. There is no body or organ in the Ghanaian state that is above the laws of the land. To suggest that Parliament should operate without interference is to advocate for the very matter we have tried to avoid, the concentration of power. We have had that experience before and don’t want that.

“As far as I can see it, and I think the Supreme Court has confirmed it, the matters involved in this are open and shut, they are black and white. There can be no dispute about the issues that the gentleman took to the Supreme Court,” President Akufo-Addo said during interaction with the media on Thursday.

There’ll be no lags in new Agyapa deal – Ken Ofori-Atta...