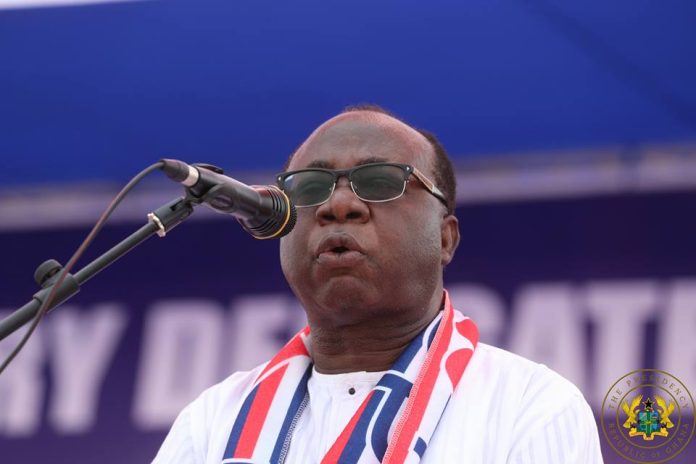 New Patriotic Party (NPP)National Chairman, Freddie Blay says the recent outcry over activities of the LGBTQI+ community in Ghana is unnecessary and they (gays) must be given their freedom.

The LGBTQ+ activists mounted billboards in the Ghana’s capital Accra, and two other cities with the inscription “Love, Tolerance and Acceptance.”

Speaking to Kwaku Nhyira-Addo on Townhall Talk on Asaase Radio (17 June), Blay said there is too much hypocrisy surrounding the issue in Ghana.

“If people want to be gays, it should be their own problem. I won’t go ahead to be a persecutor of those who want to be together as man and man or woman and woman,” the former MP said.

“I think there’s too much hypocrisy about it. Emotions have been excited over it to the extent that we are not sober over it. I honestly do not see the hullabaloo about it. We should allow them if they want to.

“I don’t subscribe to gayism as a choice because I’m not attracted by that, but I don’t want to go into people’s bedrooms. I don’t want to see what they are doing,” Blay added.

The legalization of the LGBTQI has been a topic of discussion in the country for some time now and the NPP guru believes people have their rights to engage in that act.

I can’t stop corruption in Ghana, not even God – Special...