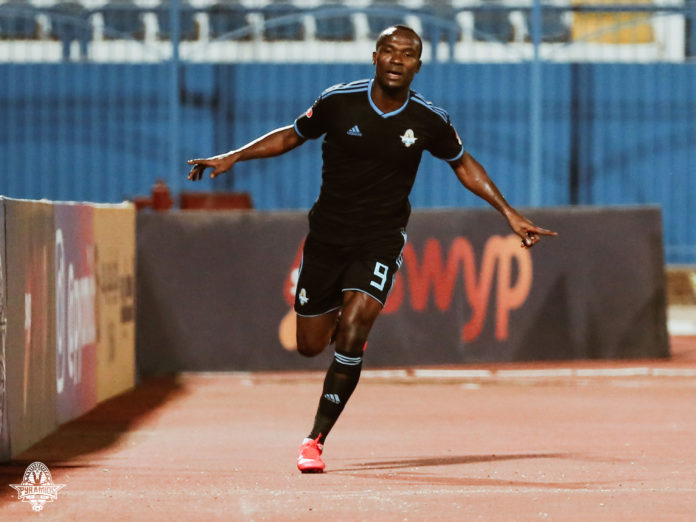 Ghanaian forward John Antwi continued with his blistering performance for Pyramids FC as they secured a narrow win over Haras El Hodoud in the Egyptian Premier League on Monday evening.

Pyramids inflicted a 1-0 win over Haras El Hodoud with John Antwi scoring the only goal of the game at the June 30 Stadium.

The former Eleven Wise man powered his side to victory with his solitary strike in the 37th minute.

Antwi has scored 8 goals in 25 games for Pyramids in the ongoing campaign.

He was honoured by the club for reaching a century of goals in all competitions in Egypt’s top division.

Winning? NY Amponsah Is At Kotoko For Loftier Reasons