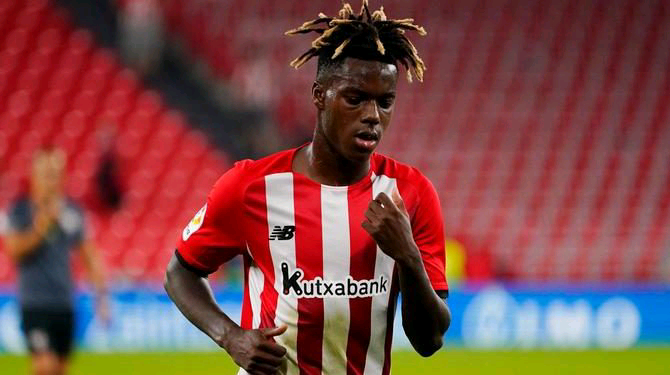 The youngster says the former Sunderland hitman is the player that has impressed him most since he was six years old and started following football.

Gyan is the all-time leading goalscorer of the Ghana national team, with 51 goals. He represented Ghana at the 2006, 2010 and 2014 FIFA World Cups scoring six goals to become the African with most world cup goals in history.

“When I was six years old, I loved Asamoah Gyan. He is the best striker [I have seen]. He scored a lot of goals,” Williams said in an interview with 3Sports.

“I watched a lot of his matches and try to transmit his style to my football. I practised to be like him and try to score goals like him,” he added.

The highly-rated youngster had a successful 2021/22 season with The Lions where he made 39 appearances and scored three goals for the Basque-based club.