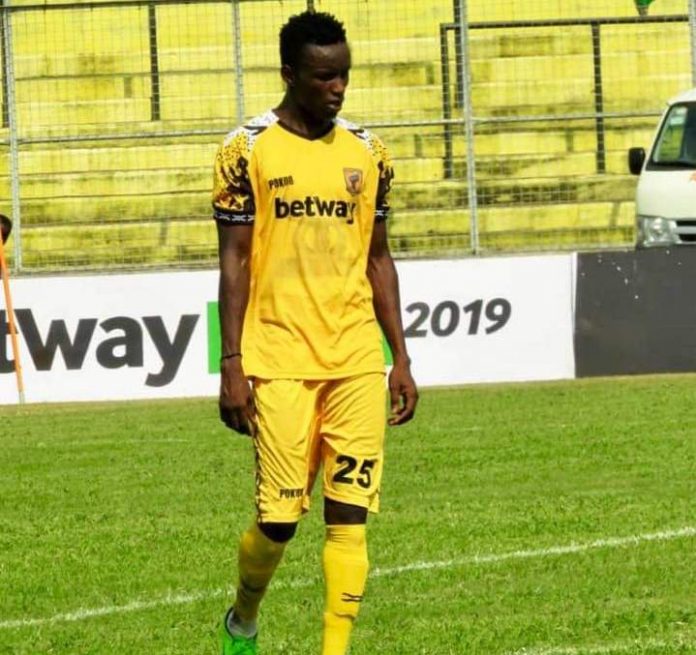 The experienced centre-back has joined the Porcupine Warriors on a three-year deal after a successful negotiation and agreement.

The 27-year-old joined the Kumasi-based side as a free agent after his contract with the Miners expired a few weeks ago.

The former New Edubiase United prodigy fell out of favour at the Obuasi-based club after former coach CK Akonnor left the Gold and Blacks to join Kotoko.

Ibrahim became the fans’ favorite in Obuasi after his wonderful performance in a game against Asante Kotoko at the Len Clay Stadium where he netted his team’s first goal with a bullet header and went on to win the man of the match award.