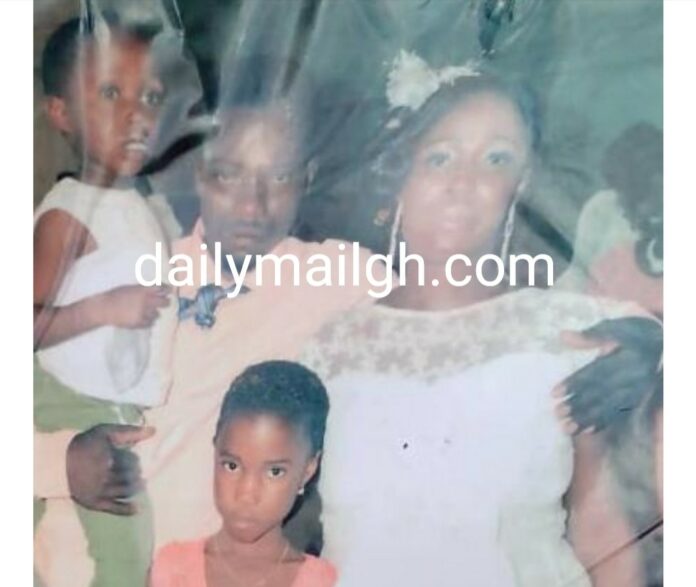 A family of four were burnt to death after fire swept through an eight-bedroom apartment Saturday night.

The incident occured just before 11:00 pm at Manso-Aponapon, about 90km from the Ashanti Regional capital Kumasi.

At least four other tenants of the eight-bedroom house were said to have sustained minor injuries, officials say.

“There were four bodies. And the building has collapsed and nothing was picked up at the scene”, he continued.

The entire Manso Aponapon community is shocked as the incident appears to have wiped out an entire family.

The victims have been named as Kofi Owusu, a 48-year-old gold miner; His wife, Esther Cobbina a 38-year-old professional teacher and their two children also identified as Konadu aged 8 and Kwadwo Awuah aged 5.

Their charred bodies have been deposited at the St. Martin’s Hospital at Manso/Agroyesum in the Amansie West District for preservation.