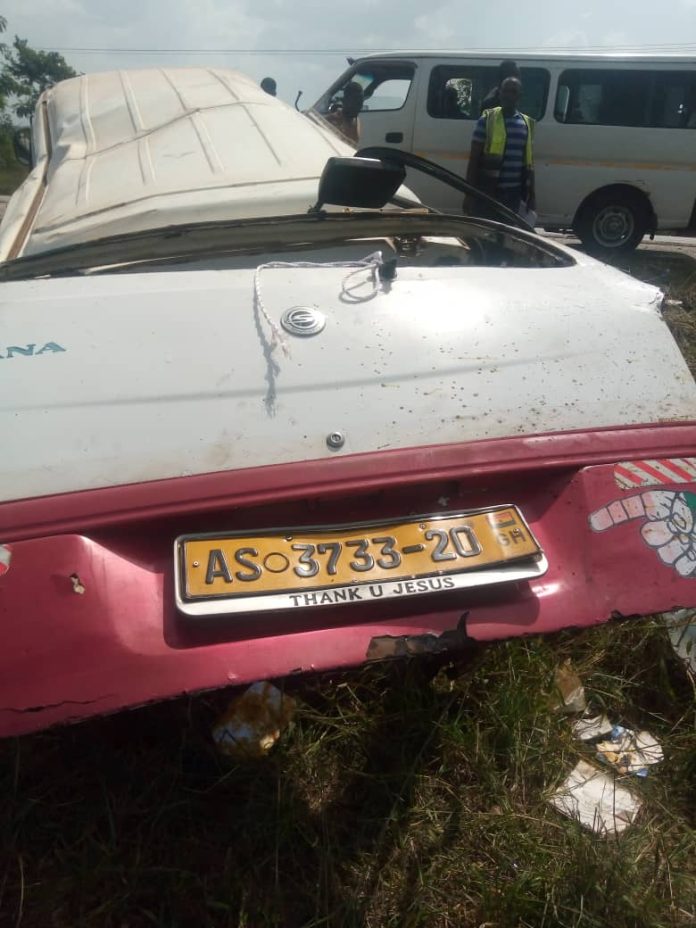 A female passenger died in an accident which occured on the outskirts of Akumadan on the Kumasi-Techiman road Saturday afternoon.

At least 11 others said to have sustained various degrees of injury are receiving treatment at the A.M.E. Zion Hospital at Afrancho, near Offinso North District of the Ashanti Region.

The accident which occured on that stretch about 11:00 a.m. local time involved a Ssanyong passenger bus with registration number AS 3733 -20 and was driving from Kumasi to Kintampo with 12 passengers onboard.

Police preliminary investigation has revealed that the driver lost control of the steering wheel when the rear right tire of the vehicle got burst. The vehicle reportedly somersaulted and fell into a ditch at a nearby bush.

Emergency services rushed to the scene to convey the injured to the A.M.E. Zion Hospital for treatment but one of the victims was pronounced dead on arrival, according to a police statement.

She has been named as Habiba Seidu, 46, the report indicated. Her body has been deposited at the Mount Olive Hospital morgue at Tanoso, the police said.

The suspect driver Amo Akwasi, 42 and the other victims are on admission receiving treatment, it is reported.

The Akumadan community has been recording road crashes in recent times.

In November 17 people died on the spot in a head-on collision on the Kumasi-Techiman stretch. At least six people also got burnt the following day, triggering police investigations.

According to the National Road Safety Authority (N.R.S.A) at least 470 people perished in road crashes in the Ashanti Region in the last 10 months. Bad roads coupled with human errors have been attributed to the carnages.