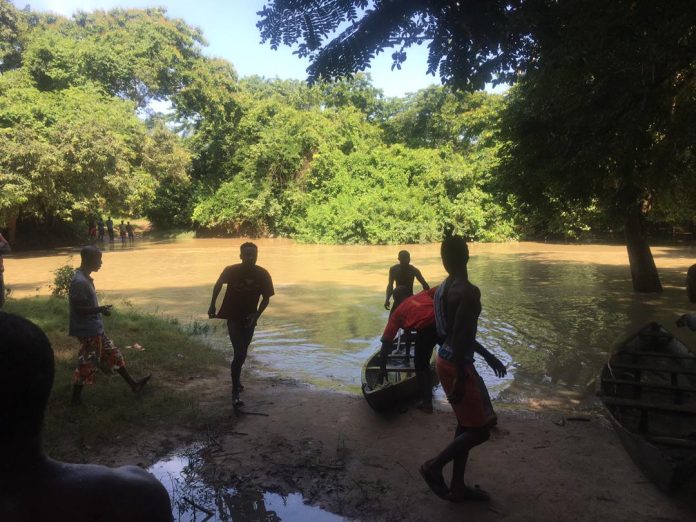 A cocoa farmer whose body was found in the River Offin died after a canoe he was travelling in capsized in the river, a police report has confirmed.

The deceased, Kwaku Lawson, 46, a native of Hyiawu Besease, had left home Friday dawn, to fetch cocoa beans from a farm sited across the river.

“Whilst crossing the river in a canoe being paddled by one Paapa, water from the river entered the canoe. In the process, the deceased got drowned whilst the paddler managed to swim to the riverbank”, the report revealed.

The surviving victim rushed to town to inform opinion leaders about the incident who launched a search for the deceased. The police said the body of the deceased was pulled out of the river by the search party, hours later.

The body of the deceased was removed and deposited at the Afari Community Hospital morgue for preservation and autopsy.

It is gathered that transport activities on the river have been suspended, citing safety concerns.

“Everybody should run”: 2 gun-wielding youngsters in viral video granted ¢50k...

This tech company is tracking coronavirus symptoms and hotspots in Ghana