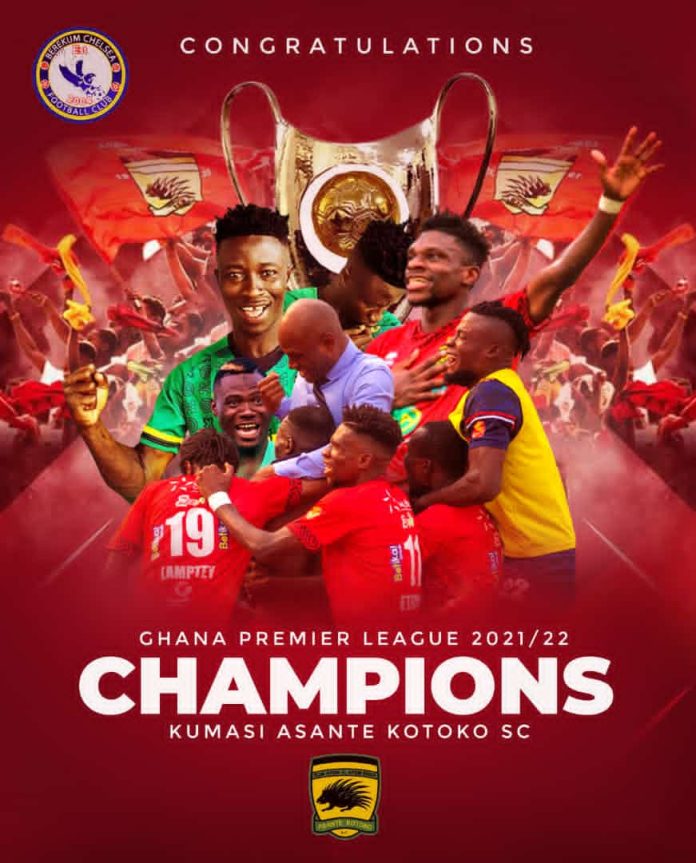 In-form attacker, Yaw Annor broke the deadlock of the match to put the hosts 1-0 up early in the game to help his side settle down with a 10th minute strike.

Ashantigold were simply unplayable in the first half and dominated the game with some scintillating performance against the Reds.

Unfortunately, Midfielder Appiah McCarthy picked a knee injury and was subsequently replaced by Dauda Seidu after playing just 16 minutes of the match.

Georges Mfegue Omgba was close to restoring parity with a beautiful strike that was brilliantly saved the AshantiGold goalie with Kotoko’s glaring opportunity in the game.

The Miners were wasteful in the last five minutes of the first half as Kofi Nkrumah and Yaw Annor squandered a goal glaring opportunities.

The first 45 minutes of the match ended  a 1-0 to AshantiGold SC courtesy an early goal from Yaw Annor.

Later in the second half, defender Maxwell Agyemang levelled the score with a thunderstorm header following a brilliant free-kick delivered by Imoro Ibrahim on the 67th minute of the game.

Asante Kotoko have won the league for the first time in seven years and can afford to lose to Great Olympics, Elmina Sharks and Accra Lions in their last three games.