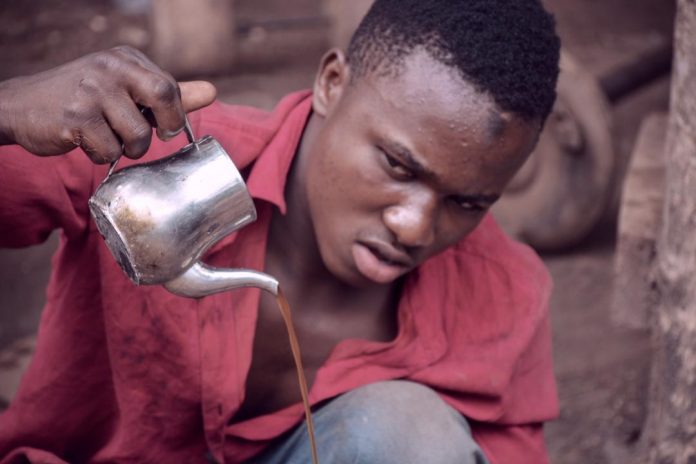 Spin it some more.

The brief exercise above just took you around the world, and you likely noticed all the lines — imaginary, of course — that run around it. There’s at least one more line that connects the globe you didn’t see, though: tea.

From the Orient to the West, Beijing to London, tea — in its many shades and flavors — enjoys wide patronage as the most popular drink in the world bar, of course, water.

In the Muslim communities of West Africa, however, tea — the version called attaya — holds a special place. Attaya — a name that, like jollof (another delicacy enjoyed across West Africa) is coined from the Wolof language of Senegambian stock — is no mere beverage; even more significantly, it’s a process distilled through the centuries with an unmistakable, distinctive taste of, well, attaya.

The scene is familiar: a group of Muslim men (occasionally featuring women and their young) huddled around a teapot boiling away on a charcoal stove and a couple of small glasses.

The true star of the show, though, is a bundle of leaves, rolled up and ‘explosive’ — literally — by its very nature. When dropped into the hot water, these pellets of gunpowder green tea — as is the name — are released in all their fierce bitterness. Thankfully, with copious measures of mint and sugar added incrementally, the sting eventually segues into sweetness. Getting there, however, is a painstaking task that tests patience as much as it does skill.

Preparing attaya — based on a seemingly never-ending boil-pour-mix cycle — requires a level of dexterity and the very seriousness reflected on the face of the fellow in the picture around which this essay is built. Take another look at him, carefully this time; now do it even slower, letting each taut muscle of his face sink in.

If the character of attaya is revealed in its taste, the depth of froth is the crowning glory. For that to be accomplished satisfactorily, steaming attaya must be poured into the glasses at just the right height and inclined at a certain angle. On the Internet, you’d find various figures; in practice, though, there really are no absolutes, as intuition and experience are surer paths to attaining precision. It takes quite a few attempts before the required consistency of foam is obtained in each glass; the process is akin to juggling, pouring from glass to glass without spillage until the foam in each looks just right. Done now, surely?

Next, the tea is returned to the teapot, allowed to simmer some more, before finally being poured into as many glasses as are sufficient to serve all present — and that’s just part one.

See, there’s a three-tiered tradition observed in consuming attaya, each step featuring a deeper, stronger and more bitter brew than the next, ensuring that the last gulp is the most pleasant of all. And as it streams down the throat, the lesson isn’t lost on the consumer: life’s experiences always come in threes — the bitter, the not-so-sweet, and the utterly delightful — and each must be swallowed whole, as it were. Sweetness cannot be fully appreciated where bitterness has never been, can it?

Still, as implied earlier, the bigger moral taught is the art of patience. Attaya — even with its real and perceived health benefits — is hardly worth more than its siblings of the Camellia sinensis species. If anything, it takes much longer — hours, even — to savor, but that ‘weakness’ of attaya doubles as its biggest strength.

For patrons, the ability of attaya to bring people from all walks together and meld them in long periods of hearty chatter while the wait continues is the real juice (pardon the pun).

Oh, downing the attaya itself once it’s done?