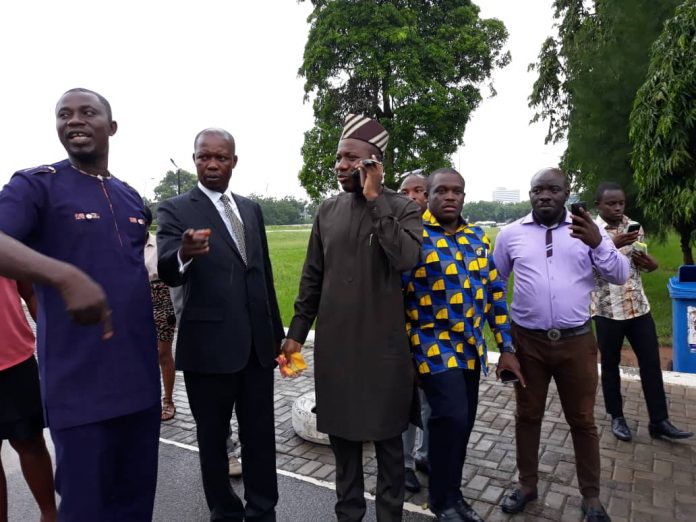 National Democratic Congress MP for Bawku Central Mahama Ayariga vanished from Parliament on Tuesday to beat a 1PM court ultimatum to appear before a judge over a tax evasion case involving him.

The lawmaker had initially protested the summons and served notice he will not make himself available because it breaches parliamentary rules.

However, Justice Afia Serwaa Asare Botwe of the Financial and Economic Crime High Court on Tuesday instructed lawyers of the legislator to produce him by 1pm Tuesday, June 4, 2019 for the case to continue.

The case was reported to the Speaker Prof. Mike Oquaye to rule on. Sitting was therefore adjourned but before the Speaker could return to the Chamber to give his ruling the opposition MP together with some leadership of his side bolted to the court in order not to incur the wrath of the judge.

The Speaker later ruled granting the MP to honour the court invitation, praying the judge to only sit on days Parliament will not be in session.

“Absenting myself from sittings of Parliament for a certain number of days, without the Speaker’s permission, could be grounds for my removal from Parliament. This is trite constitutional law,” he stated.
The Special Prosecutor has sued the Member of Parliament for abusing his office  among other offences.

Prof Allotey’s birthday must be made National Maths Day in Ghana-...