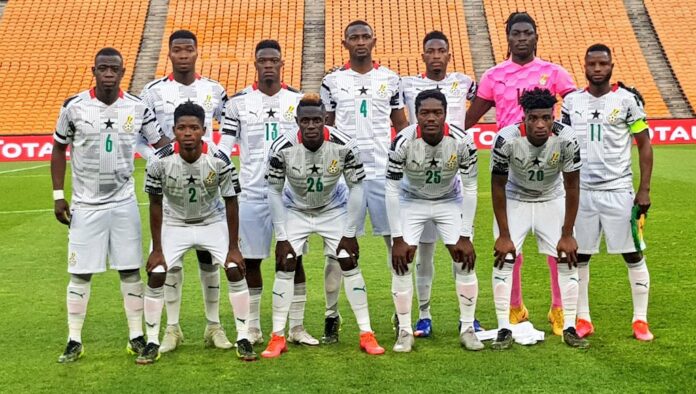 Black Stars booked their qualification for the next Africa Cup of Nations tournament with a 1-1 stalemate against South Africa on Thursday afternoon.

Ghana, after the draw with South Africa are through to the competition after picking 10 points from five matches following today’s game at the FNB stadium in Johannesburg.

Bafana Bafana were the better side in the opening exchanges of the match and dominated the entire duration of the first 45 minutes of the match with some good football on display against a disjointed Ghanaian side.

Despite their dominance and creating of chances, the home team could not utilize the goal scoring opportunities in the boring first half that came their way but forced Ghana’s goalkeeper Razak Abalora into making some good saves.

Three minutes later, Percy Tau of Brighton and Hove Albion in England broke free on the right wings to score the equalizer for the home team after 52 minutes showing on the clock.

South Africa were the better side throughout the match but could not make good use of the opportunities that came their way.

Ghana after the draw are through to the next AFCON which would be hosted in Cameroon in 2022 with a game in hand against Sao Tome and Principe which will be played in Ghana on the 28th of March.