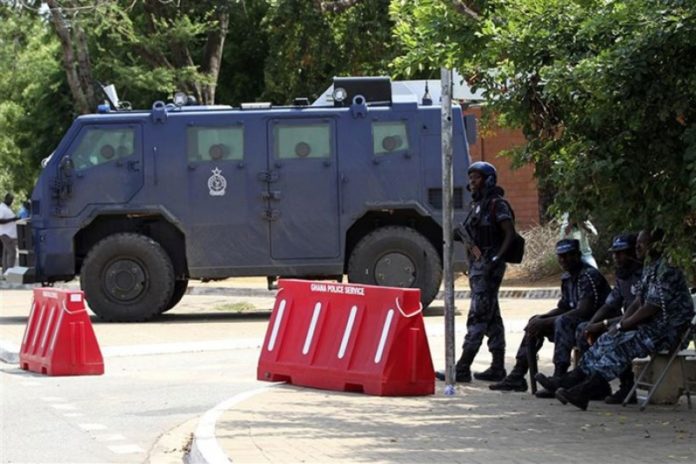 A forensic team, including ballistic experts have been deployed to the Bono East Regional town of Nkoranza to probe the circumstances that led to the death of 28-year-old Albert Akwasi Donkor.

This was contained in a statement issued on Sunday, May 22.

In the statement, the police added that the initial investigations by the Police Professional Standards Bureau (PPSB) are ongoing and will be extended to include the police’s response to the mob attacks by some youth over Albert’s death.

As investigations continue, the Police say they have provided adequate security and ensured calm in the area.

“The Police announce for the information of the public that through sustained operations, the law and order situation in Nkoranza and its environs has been restored and the Police are in firm control of the security of the area.

“We wish to assure the public that we will continue to work to ensure justice is served to the satisfaction of all stakeholders,” parts of the statement stated.

One person died, while several others sustained injuries after the youth of Nkoranza clashed with the Police to protest Albert Donkor’s death.

The youth have been demanding justice for a 28-year-old trader, Albert Akwasi Donkor, who is suspected to have been killed by the Police in connection with an alleged robbery.

Their protest led to the death of 19-year-old Victor Owusu, a final-year student of the Nkoranza Technical Institute.

According to the Police, all persons arrested have been remanded into lawful custody and put before a court.

“We are pursuing others who have been identified for their involvement in the violent attacks and who escaped from lawful custody to bring them to face justice.
“However, we would like to caution those who are capitalizing on the crisis for their own interests to desist from it since that will not deter us from executing our constitutional mandate,” the Police warned.