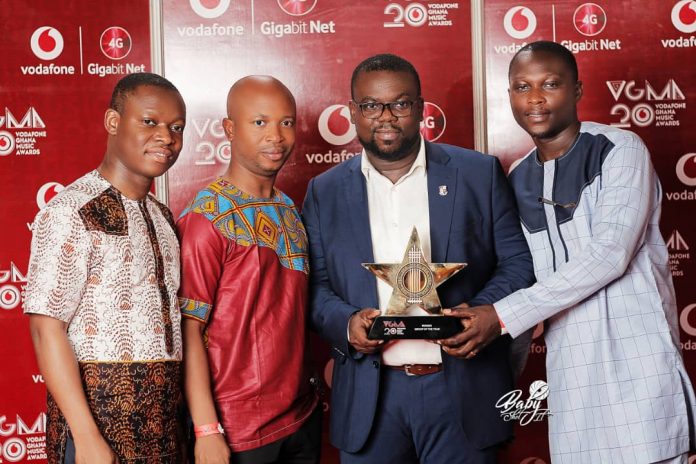 For the past decade and over, Gospel music group Bethel Revival Choir has been busy; continuously producing hit songs, building a core following and most importantly, shifting the attention of followers and the general public to Christ.

Interestingly, in all their endeavors over the years, they had gone virtually unnoticed and without critical mention.

All that seemed to change from late last year  into this year when for the first time in their illustrious career, they are getting noticed by the entire nation – deservedly!

Bethel Revival Choir had such a busy season last year, a refreshing phenomenon that spilled over into this year, and thus far, the most-sought-after gospel music group!

It came as little wonder when they got two nominations in the 20th edition of the VGMA; Gospel Song of the Year with their ‘Agbadza medley’ song as well as Group of the Year.

In the recent 3 Music Awards, the group shocked everyone by picking up awards for all three they were nominated for. The group picked awards for Gospel Song of the Year, Gospel Act of the Year and Group of the Year. They beat tough competition from several Gospel acts in the various categories.

The music group also emerged as winner in one of the two categories they were nominated in at the 20th edition of the VGMAs.

Bethel Revival Group beat off stiff opposition from some of the industry’s great such as R2Bees, DopeNation, and La Meme Gang to win the group of the year slot.

Speaking after receiving the award, the group mentioned that their various family members as well as the entire Global Evangelical Church and specifically the Trinity Parish at Kotobabi, have been supportive and that has propelled them to such a height.

They have performed to cheering audiences in various parts of Ghana and a number of African countries. ‘Akpe’ being their second album with about 14 songs, and a number of singles to their credit, Bethel Revival Choir music is a blend of traditional and contemporary rhythms.