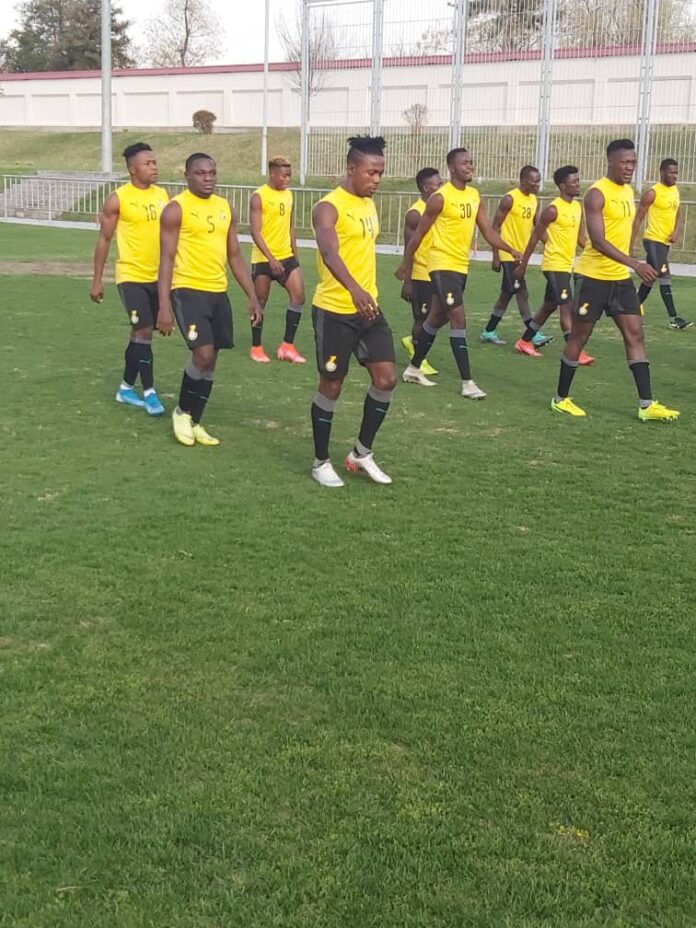 The match will be played at the Central Stadium in Namangan, Uzbekistan and and the game will feature only the home-based players of Ghana.

Asante Kotoko defender Christopher Nettey will play at right back with Samuel Abbey-Ashie Quaye of Great Olympics and CAF U-20 Championship winner at the left back position.

Former WAFA captain and deputy captain of Hearts of Oak, Mohammed Alhassan is being paired with Konadu Yiadom WAFA SC at center-back.

Bechem United skipper Moro Salifu, Michel Otou of Great Olympics and Medeama SC’s Rashid Nortey will operate in a midfield of three in the 4-3-3 system.

The match kicks off at 13h00 GMT and will be live on Max TV Ghana.

Ghana starting XI against Uzbekistan Below: