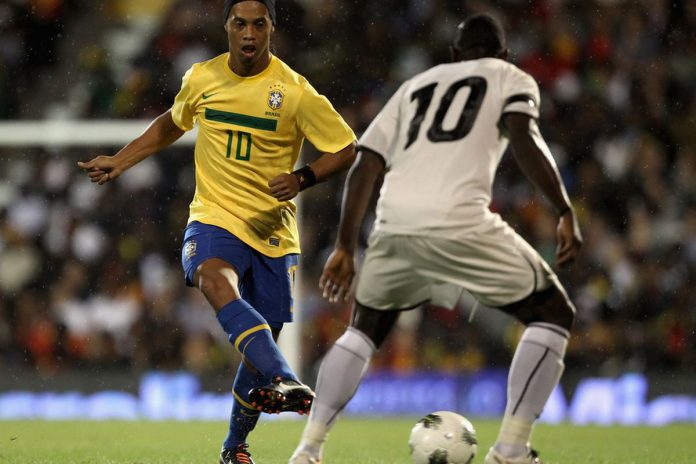 Not quite a decade ago, Ghana towered as Africa’s trendiest national side. Every big team wanted to play the Black Stars, with the country’s stock soaring significantly after an incredible outing at the 2010 Fifa World Cup, and a few global powers eventually earned that privilege.

By the end of 2011, Ghana had played England — at Wembley, the most hallowed of football’s arenas – and elsewhere in London, on the turf of the less celebrated yet time-honored Craven Cottage, Brazil. A fading Ronaldinho and blossoming Neymar dazzled in the latter encounter for Brazil, while Adam Kwarasey scored top marks on the other side; in the middle, even as the rain poured at the packed stadium, elite Premier League referee Mike Dean bossed it. Ghana stole a draw at the death against the English, and were unfortunate to have fetched nothing — a solitary Leandro Damiao goal the reason — versus the Selecao.

Eight years later, nothing is quite the same. England, then recovering from a particularly underwhelming World Cup campaign, are a vastly improved side now under Gareth Southgate. Brazil, themselves smarting from Copa America disappointment at the time, are back on their horse.

Well, how are the mighty fallen!

The team has stumbled from one setback to another, failing to cover itself in glory, and reaching a depressing nadir at the 2014 World Cup (in Brazil, of all places); at the very next Mundial, in 2018, Ghana didn’t even show up. It’s a decline that is as stunning as it is tragic, and the Stars have struggled to even secure friendlies of late. Last year, there were just two (sought only by teams appearing at the World Cup, mind); thus far this year — aside those immediately preceding the 2019 Africa Cup of Nations — there has only been one, and the caliber of the handful of opponents faced is hardly exciting: Japan, Iceland, Mauritania, South Africa, Namibia. . . meh. 🤦‍♂️

This week, while the Stars have idled (yet again), Brazil has booked dates with Senegal and Nigeria — in-form and in-demand — in fixtures that headline the latest international break, and Ghana can only watch with noses pressed longingly against the glass window pane as its continental rivals rub shoulders with Neymar and Co. Painful as that is, however, there is no reminder more stark and damning of just how far from grace Ghana has dropped.

Hopefully, a new, soon-to-be-installed Ghana Football Association administration should help restore the Stars back to favor, with the team potentially riding on the back of a wind of change blowing through the Ghanaian game to return to the table where it once dined. Until then, though, Ghana — short of starving, as is usually the case these days — would have to feed on the scraps that drop off it.

NPP race: I’m in the race to win – Assibey-Yeboah