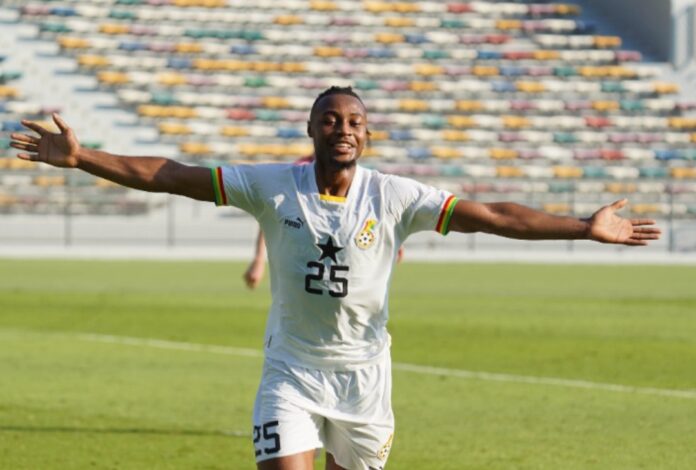 Antoine Semenyo scored scored his first goal ever for Ghana’s Black Stars against Switzerland on Thursday afternoon in Abu Dhabi.

The second half substitute scored the second and insurance goal for Ghana as they beat the Rossocrociati 2-0 in a Pre-World Cup friendly ahead of the 2022 FIFA World Cup.

He pounced on a lose ball in the goal area to score Ghana’s second after a brilliant solo run from Kamaldeen Sulemana to hand Ghana a comfortable win.

Mahama kicks off “thank you” tour for 2020 votes