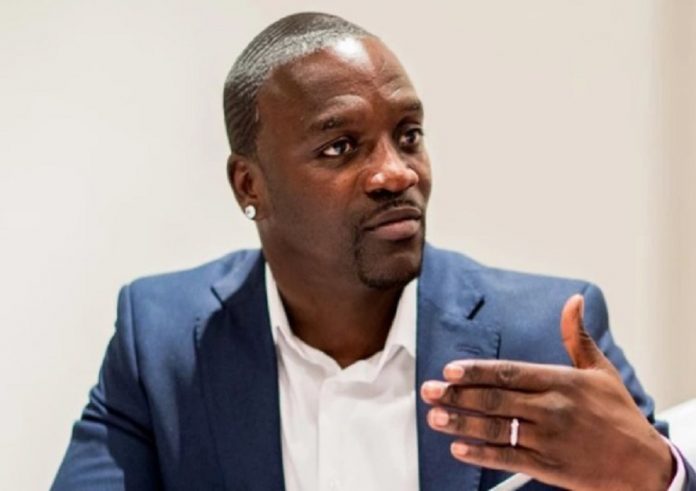 Akon, born Aliaune Damala Badara Akon Thiam, stated that he was investing everything in Africa because “that’s home”, adding “that’s where everything needs to be invested because you will get your investment back.”

When host of Capital XTRA Mammy Norte informed him his folks hailed from Ghana, and if he was aware of African-Americans making a return to the country in droves in the Year of Return, Akon responded “you guys are sleeping mehn.”

Of Ghanaians living in the UK, Akon submitted “if you guys are not investing you literally missing the opportunity. By the time you figure it out, it will be too late.”

The Senegalese-American singer and songwriter drew parallels with New York City before it became a mega city, noting “the one family which understood the value which is the Rockefellers own the city and all those lands and buildings they invested in is all paying off.”

The 46-year-old charged Ghanaians and others who care to listen that the opportunity was ripe to invest as property value in the country keep rising, stressing “whatever dollar or pound you have, you need to buy land in Ghana or wherever in Africa ASAP.”

Demonstrating his commitment to the continent, Akon is building a city in his native country Senegal named the Akon-tainment solar city. The five-time Grammy nominee told Nick Cannon the city when ready will be a renewable one with an airport.

“It’s a 10-year building block so we’re doing it in stages. We started construction in March and stage two is going to be 2025,” he added. The city will be built on “2,000 acres of land gifted to Akon from the President of Senegal.”

Akon also launched his own cryptocurrency called AKoin in 2017 and hopes it will become the common currency in Akon City and wider Africa. Given that Twitter co-founder Jack Dorsey tweeted that Africa will define the cryptocurrency market for the future and that he intends living on the continent next year, it does appear Akon had seen the light earlier.

Meanwhile, Akon is making a return to Ghana for the Music in Africa Conference for Collaborations, Exchange and Showcases (ACCES) set to be held on November 28-30 to boost business linkages.

5 tips to remember before starting your entrepreneurial journey, according to...