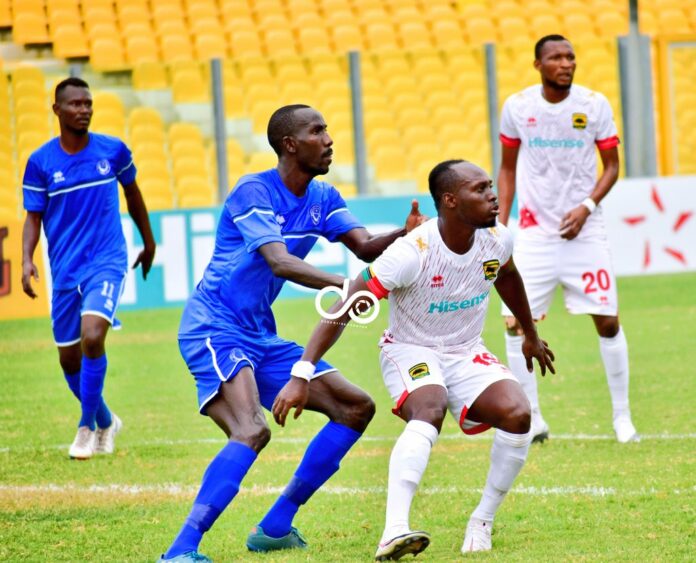 The Porcupine Warriors did not have a day to remember as they struggled to put passes together in the opening exchanges of the match.

The Sudanese should have taken the lead under ten minutes but their attacker missed from close range after failing to put the ball into a yawning net as the first half ended goalless.

The Kumasi-based team did not do anything differently after the break from their sloppy and poor first half display as they visitors continued to create good goal scoring opportunities on the counter break.

After 77 minutes of the match, Vinny Bongonga provides a cool finish as he tabs in Mohammed Quatarra’s pass into the back of the net inside the box.

The game finished 1-0 to the Sudanese team which leaves Kotoko with only one option going into the second leg two weeks time as they would have to do everything possible to win big away or face elimination from the competition.

‘They say they know where I live’ –GTV journalist reports to...