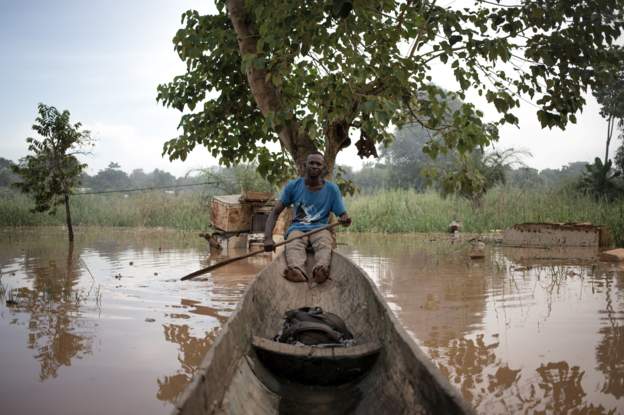 More than 10,000 homes have been destroyed by severe flooding in Central African Republic (CAR), the Norwegian Refugee Council said.

Aid groups say nearly 60,000 people have been affected by severe flooding in CAR.

Flooding is so bad in some parts of the capital Bangui that the only way to get around is by canoe.

There are fears there could be outbreaks of waterborne diseases such as cholera.

The CAR is one of the world’s poorest counties.

More than half the population needs humanitarian support and hundreds of thousands have been displaced by conflict.