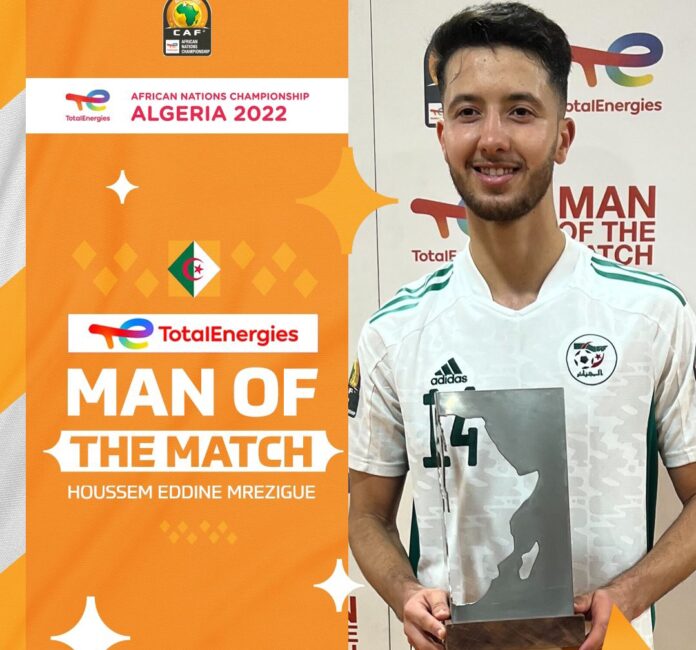 Algeria defender Houssem Eddine Mrezigue was adjudged Man-Of-The-Match in his team’s victory over Libya on Friday night in Algiers.

He provided a master-class performance for the Les Fennecs against their neighbors.

The Les Fennecs beat The Mediterranean Knights 1-0 to start the 2022 CHAN tournament on a high level to go top of Group A after the first match.

The host started the game on a blistering pace creating good goal scoring chances in the opening 45 minutes of the match but failed to put the opportunities away.

They came close to scoring on several occasions but could not find the back of the net in the 45 minutes as it ended goalless.

Aymen Mahios converted a spot kick 12 minutes into the second half of the match to put the Les Fennecs in a deserving lead after 57 minutes played in the first half.

The game ended 1-0 to Algeria who are aiming to host and win the tournament at their backyard.

Algeria will play Ethiopia in their next game on Tuesday evening as Libya takes on Mozambique.

MORE IN THE TANK: Ghana Shouldn’t Give Up On Ibrahim Tanko