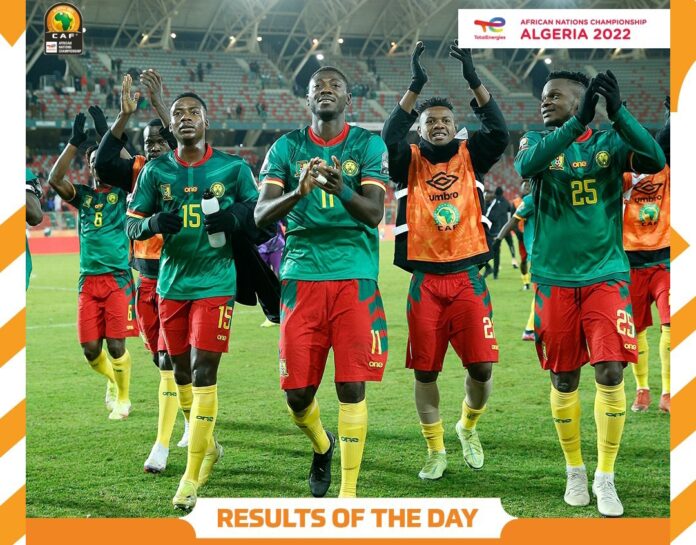 The Intermediary Lions of Cameroon beat the Red Devils from Congo-Brazzaville in their 2022 CHAN tournament in Algeria.

Cameroon were the better team in most part of the game and played so well with excellent both on and off the ball movement throughout the game.

Congo came close first to opening the scoring in the first half after just 10 minutes but fluffed their lines in front of goal.

Cameroon, on the other hand had good opportunities to put their noses in front in the first half despite two clear chances and four half chances to take the lead.

After the break, the Cameroonians upped their game and pushed the Congolese team into their own backyard with high pressing game plan.

Jerome Mbekeli Ngom broke the deadlock of the match to put the Lions in the lead with a pinpoint header from the right side of the box into the top left corner to make it 1-0.

Cameroon, after taking the lead had two glorious changes with a yawning net begging for the ball to be put in but mysteriously failed to score the second goal.

Congo searched for the equalizer later on in the game but time was their enemy as they succumbed to a 1-0 defeat to the African powerhouse.

Prez Cup: We are ready for Kotoko any day, anytime –...