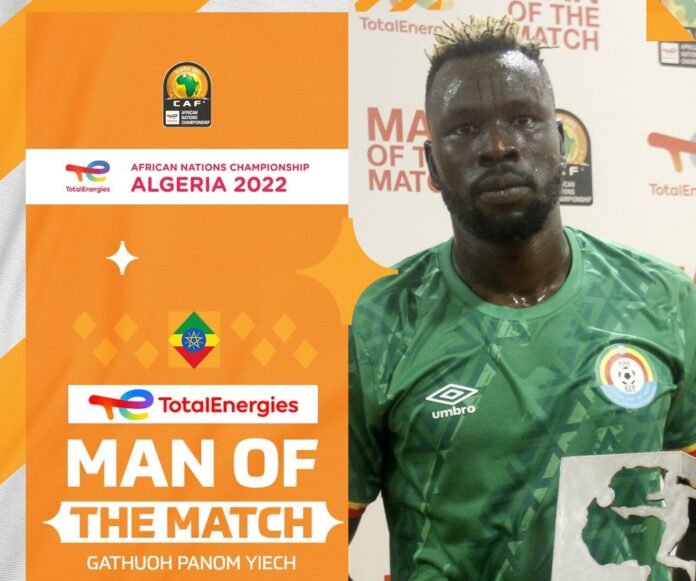 Gathuoh Panom Yiech was adjudged Man-Of-The-Match in Ethiopia vs Mozambique on Saturday afternoon in Algiers.

He played full throttle for the East Africa country in their first game of the 2022 CHAN tournament ongoing in Algeria and dazzled throughout the game.

The Mambas of Mozambique drew goalless against the Walyas of Ethiopia in their opening game of the 2022 CAF Africa Nations Championship.

The Ethiopians were the better team in the opening exchanges of the match and played extremely well for the first 30 minutes of the match.

The came close to opening the scoring in the twice in the first half but failed to make it count on both occasions as it ended goalless.

The Mambas of Mozambique had so many chances in the second half of the match but was indecisive in the final third as the game ended goalless at the end of the 90 minutes.