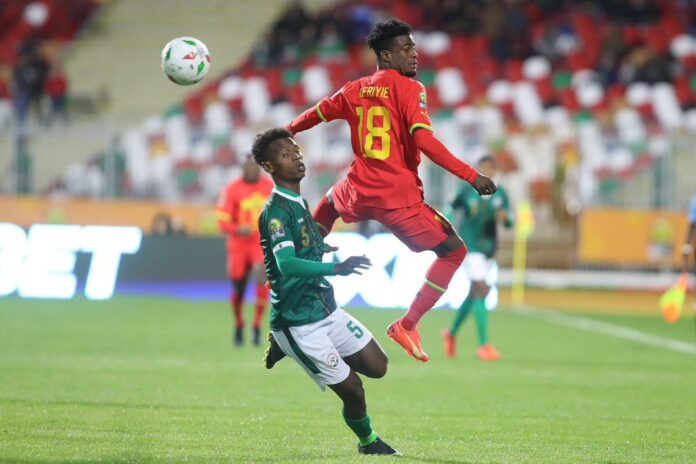 Coach Annor Walker and his team could not produce productive football and failed to stand to the test of their opponents as they lost their opening game of the tournament by 2-1.

Ghana grew into the game and had some decent chances but were unable to put away those chances.

Accra Great Olympics FC striker Razak Yusuf had a begging chance to restore parity before the break but blew away the opportunity.
Tsiry Randriantsiferana scored the second goal for the Madagascans team after an unpardonable error by Augustine Randolf to make it 2-0.

Augustine Agyapong came on to replace Randolf and scored a consolation for Ghana after 68 mintues with a fine finish from the right side of attack.

Daniel Afriyie Barnieh was presented a golden opportunity to grab the equalizer for Ghana but failed to convert from a one-on-one situation before David Abagna shot wide.