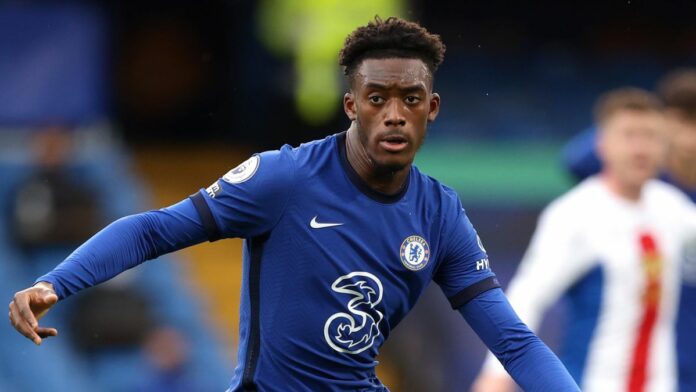 According to Taylor, the youngster’s career will come to a standstill if he chose Ghana over the England national team.

The former Asante Kotoko SC and Hearts of Oak legend said the winger must heed to his advice where ever he is and to continue playing for the Three Lions of England no matter what till he’s old and cannot play football again.

The youngster was in Ghana and visited the President, Nana Addo Dankwa Akufo-Addo as well as the Ghana Football Association boss Mr. Kurt Okraku.

The Chelsea player player outlined his reasons for opting to play for England and not the four-time AFCON champions, Ghana.

“I think obviously when you’re young, you have the opportunity to play for England throughout all the years, from under 15 to under 16 all the way up,” he said on his arrival in Ghana.

“When they obviously gave me the opportunity to come I was in the country already. It’s something that I already had in my mind, set on already playing for England”, he added.

Hudson-Odoi won the 2020-21 UEFA Champions League title with the London club but looks likely to leave the club this summer with Bayern München keen on landing the 20-year-old.