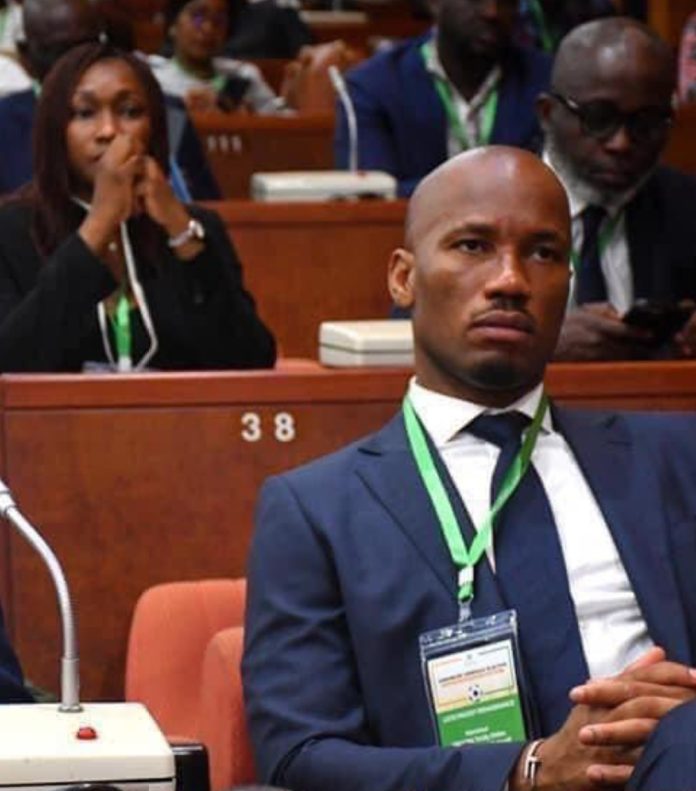 English Premier League giant Chelsea and Cote d’Ivoire legend, Didier Drogba has lost out on becoming the president of the Ivorian Football Federation (FIF) after crashing out in the first round of the election.

According to Saturday’s results made available to the media, the two-time African Player of the Year finished third behind Yacine Idriss Diallo and Sory Diabate.

While Diallo gained 59 votes, Diabate accrued 51 votes with the 44-year-old finishing a distant third after polling 21 only just votes in the first round.

As a result, the top two candidates went into the second round of voting where the new chief-in-dock of Cote d’Ivoire football emerged as Idriss Yacine Diallo won the presidency.

Drogba submitted his candidacy bid on August 1, 2020, in front of a large gathering at the FIF headquarters in Abidjan.

Even with his popularity, there was doubt he could meet the eligibility requirements after the Ivory Coast Footballers Association (AFI) failed to endorse his candidacy which drew the disappointment of the African section of the International Federation of Professional Footballers (FIFPro) by suspending them.

“Football is everyone’s sport, football brings people together, football unites. We can see it today with all these people gathered in front of the headquarters of the Ivorian Football Federation,” Drogba told the media.

“It’s no secret that our football is going badly, and that is why with my team we are committed to contributing to the rebirth of Ivorian football.

“If my goal was not driven by a deep desire to give back to Ivorian football all that it has given me, to contribute to the development of football in my country, and if God was not in this candidacy, it would be difficult to be in front of you today.”

The Ivorian legend was last in the polls and couldn’t become the latest former footballer on the continent to become the FA Boss in his country after Samuel Eto’o of Cameroon.

‘Forgive me’ – A fake informant in a murder case of...

‘She’s an adult for God sake’ – Nigerian player sacked for...