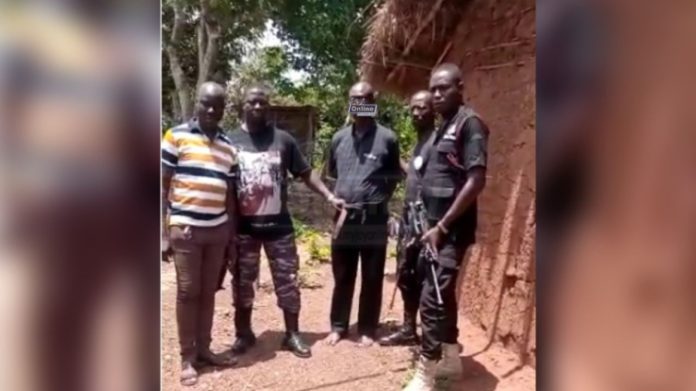 The main suspect in the killing of a 22-year-old aspiring trainee nurse in Mankessim has been arrested.

The chief who is the Tufuhen of Ekumfi Akwakrom in the Central Region was picked up at his hideout at Akwa Krom in the Ekumfi District.

This was after a pastor confessed to helping him kidnap, kill, and secretly bury the lady.

Mankessim District Police Command arrested Nana Clark Onyaa and had him transferred to the Regional Police Command in Cape Coast to assist in investigations.

The body of Georgina Asor Botchwey was exhumed by the pastor and police investigators on Tuesday in the room of Nana Clark Onyaa, the chief who is the Tufuhen of Ekumfi Akwakrom.

According to sources, the chief, who is also the president of the Mankessim Traders Association, and his accomplice, kidnapped the nurse after engaging in sexual acts with her.

They then killed her and buried her in one of the chief’s apartments.

The pastor was arrested in Cape Coast and admitted to the crime.

He then led the police to the chief’s residence, where the victim’s body was exhumed.

The victim’s body was reportedly buried nearly three weeks ago.

Along with the body, the victim’s bag, shoes, and other possessions were also found at the chief’s house.