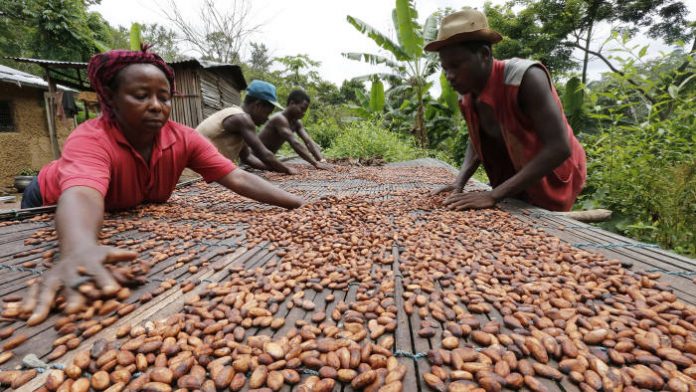 Cocoa futures on Intercontinental Exchange are near their highest in three years, driven in part by the adverse weather, which has also damaged the crop in neighbouring Ivory Coast, the world’s top cocoa producer.

Four local traders and exporters, speaking to Reuters on condition of anonymity, said they see the 2019-2020 Ghanaian crop at 790,000 to 820,000 tonnes, a shortfall that if realised could help drive global prices higher. It is well short of the 875,000 tonnes forecast in a Reuters poll in late January.

A source at Ghanaian cocoa regulator, Ghana Cocoa Board (or Cocobod), said the weather is a big concern. “It has not been raining for more than four months and the heat is so strong there are very few flowers, cherelles [young cocoa pods] and pods in the fields,” said an Accra-based exporter.

Between 2018 and 2019, Ghanaian cocoa output totalled 815,000 tonnes, according to the International Cocoa Organisation (ICCO), far below the international body’s initial projection of 900,000 tonnes issued in February 2019. The ICCO is expected to publish its first projections for 2019-2020 crops later this month.

“People have been reducing their numbers but not by 50,000 tonnes. Arrivals so far have been quite good and at this stage, [there’s only] the mid crop and tail-end of the main crop [left],” an analyst at a large chocolate maker said.

Cocoa arrivals at Ghanaian ports stood at 596,000 tonnes from October 1 – the start of the season – until January 16, up from 591,000 tonnes the same period of the previous season, official figures show.
But local exporters remain concerned.

The director of a European company based in Accra said production will disappoint as the recent dry spell has reduced the crop. “We [have been] forced to lower our predictions,” he said.

Ghana and Ivory Coast produce more than 60 percent of the world’s cocoa. Both countries’ output has been hit by the weather, but the situation in Ivory Coast is more severe as farmers and middlemen there have been hoarding in anticipation of higher prices next season, a Europe-based trader said.

Ivory Coast and Ghana have introduced a $400-a-tonne living income differential or premium for their 2020-2021 cocoa sales in a bid to guarantee higher prices for farmers and combat pervasive poverty.

It is difficult to hoard in Ghana as the market is so tightly controlled by the government, the Europe-based trader said.