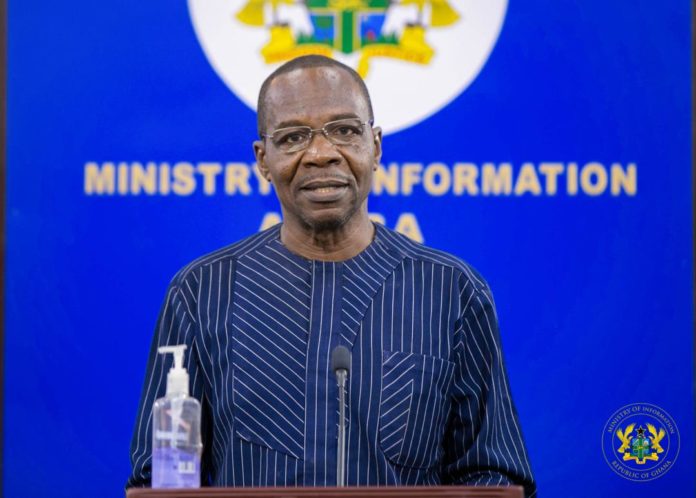 After suffering an embarrassing dressing down from a section of the public, President of the Ghana Journalists Association (GJA) has rendered an unqualified apology over his earlier on regarding the arrest of two Citi FM reporters.

According to Roland Affail Monney his comment on the matter was based on the “scanty” information available to him at the time the incident occured.

“As a student of leadership, I have learned that a leader is not afraid to change course when confronted with fresh information which challenges his earlier assumptions. As I indicated, the information I had before the interview was scanty. What is available now is sufficient as legal luminaries, distinguished ethicists, and social critics slice and dice the issue from all angles.

“It is healthy for a free society such as ours for viewpoint diversity to be manifestly venerated, not maliciously castigated. I also take note of the righteous indignation and emotional overdrive over the issue. I, therefore, render my sincerest apology for any misimpression created that I was insensitive to the plight of the journalists but excited about the excesses by the National Security operatives. Indeed, those excesses pass for wickedness at its most naked nastiness. And I totally denounce them,” he said.

After news broke about the arrest of the two Citi FM journalists on Wednesday, Roland Affail Monney faulted the Caleb Kudah for filming at the National Security premises without permission.

According to him, the journalist accessed information through a means which flies in the face of Article 13 of the GJA Code of Ethics, thus breaching the Association’s Code of Ethics.

“Caleb erred, as far as our ethics is concerned. He clearly breached the ethics relative to Article 13 of our own Code of Ethics which specifies that journalists should take pictures through fair, straight forward and honest means unless tampered by national interest.

“His interest here is not so clear. From the face of it, we believe he erred.” the GJA President stated.

His comment was greeted with lots of criticisms from industry players as well as the general public.

Beating a retreat, Mr Affail Monney stated that his outfit would see to it that justice will be served to the two Journalists.

“Under my presidency, attacks or threats against journalists, irrespective of the perpetrators or victims , have received outright condemnation. So there is no way the latest one against the Citi FM journalists will be swept under the carpet. Not at all.”

He intimated that the conduct of the national security operatives could exert a significant chilling effect on the media landscape and, therefore, the need to investigate and bring the perpetrators to book.

He further urged the Committee of Enquiry set up by the Ministry of National Security to quickly move into action to impartially unravel all the circumstances surrounding the issue.