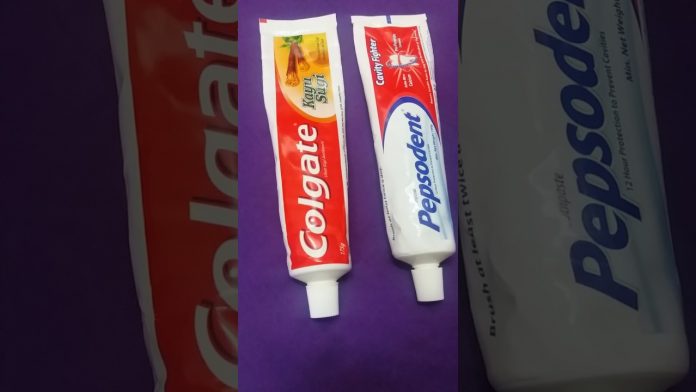 As a Ghanaian, there are some quirks of our society you don’t notice until someone else points them out, but there are many more that everyone knows yet nobody seems able to do much about.

I spent an afternoon manning a friend’s ‘provisions’ store in their absence and had an exchange with a young customer which got me thinking about one such quirk that often goes unnoticed. The conversation went like this:

Boy: I want to buy some Pepsodent, please; my mum sent me.

Me (moving to pick a tube of Pepsodent off the shelves): Which size do you prefer? Medium or large?

Boy (seeing in which direction I moved): No, no, not that one. Give me Colgate Pepsodent.

I got his point, ‘eventuarry’, but the ‘Colgate Pepsodent’ bit still had me in stitches long after he had left. As the afternoon went on, however, I was reminded even more of our amusing tendency to name products after a particular brand — usually the first that got very popular in these parts — and not budging from those labels even as generations come and go. In fact, before the day was over, someone walked in to buy ‘Omo’ but preferred ‘So Klin’, and another requested ‘Duck Key Soap’.

I was reminded also of our society’s influence on one’s mind when, at the end of my shift, the realization struck that I had started asking questions which would have sounded absurd to me when I walked in that very afternoon. For example, I asked a customer who requested a bottle of ‘Coke’ whether they wanted Coca-Cola, Sprite or Fanta; unsurprisingly, given the way the day had gone, Sprite was the preference.

I’ve been fascinated by it all in the days that have followed, and I wondered what other tags — perhaps less utilized — could have been devised. I admit I’m not as rooted in labels as those customers — and most Ghanaians — so my thought exercise did not yield much. But maybe you could help out, dear reader, by dropping in the ‘Comments’ section below such interesting names you may have encountered/used.

I’ll start with the only one I could think of: Graphic, in reference to all newspapers.

Moree mini-harbour to be completed in 18 months – Akufo-Addo