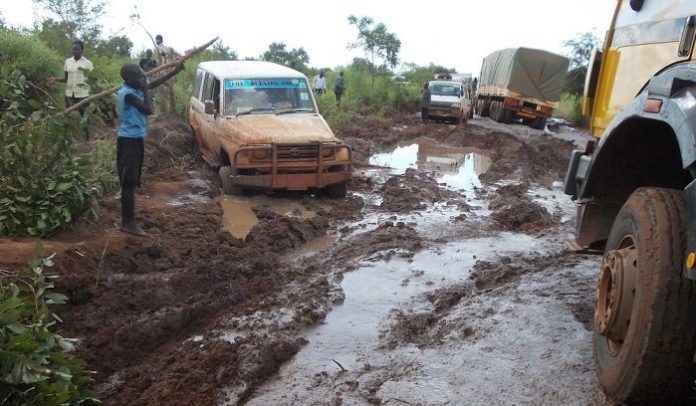 There are three things responsible for the phenomenon that has me annoyed today: bad roads, bad cars and stubborn drivers.

Almost every Ghanaian town has that area or stretch of road which, though pretty bad, has never been fixed and is plied by taxis which themselves are not exactly in good shape. This results in trips that are filled with a lot of movement — much of it quite uncomfortable — due to the aforementioned combination of bad roads and bad cars.

And where do the drivers come in?

Well, those guys never let a bad car go, using them till they are broken down and can actually move no more. In some parts of Accra, those cars have an interesting nickname: ‘abajo’, a Ga term which translates in English as ‘come and dance’ — a nod to all the movement one usually suffers during such rides.

As a rule of thumb, I avoid these cars and roads whenever I can, although I am not always successful because the more popular of the two paths that lead to my house is of the same ilk. Very often, however, if I really have to use the road, I try my best to find a better car to make the trip more bearable, at least.

Yesterday, typical Ghanaian that I am, I was late and did not have the luxury of picking out a better car or waiting for one. To compound my misery, I was also too broke to afford an Uber, forcing me into one of ’em ‘abajos’ for the first time in a long while, and I was instantly reminded of why I did not like them very much.

In the process of entering the car, I was scratched by an oddly shaped piece of metal jutting out from the side of the seat — perhaps a first ominous warning that this was not going to be a very pleasant experience. What followed were 10 minutes of up-and-down movement where each up had my head hit the frame of the car and every down felt as though the road were actually hitting us.

The worst was yet to come, though. As I alighted, heaving a deep sigh of relief while reaching into my pocket to pay my fare, a discovery broke my heart: as the vehicle made its sinusoidal course to my destination, all my coins had slid out and were now buried somewhere between all that metal. Not that this driver — or any other — would believe my tale, however, and I was thus obligated to pay via some other means.

That I even had to do so was a travesty, only surpassed by the fact that I had lost money during that most uncomfortable ride.